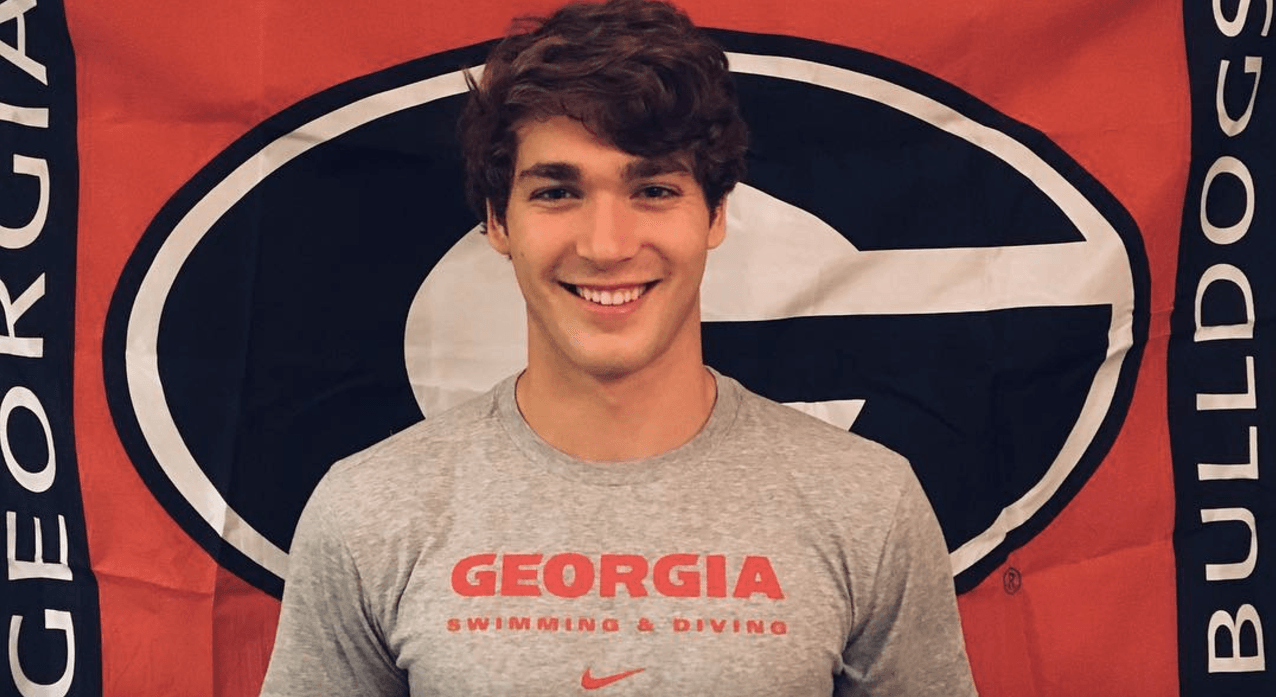 The Georgia Bulldogs have received a big verbal commitment from Caleb Harrington, one of the top recruits out of the State of Tennessee. Although competing in the backyard of the University of Tennessee in Knoxville, Harrington has strong ties to the University of Georgia. His older sister, Lauren Harrington Stubblefield, competed for Georgia’s women’s team from 2011 to 2015, and was a two-time National Champion (2013 and 2014). Individually, she was the NCAA Runner Up in the 200 fly in 2013. Harrington’s brother-in-law, Seth Stubblefield, who swam for Cal Berkeley from 2011 to 2015, is also a two-time National Champion (2012 and 2014). Stubblefield missed the 2016 Olympic Team by four one-hundredths (.04) to Tom Shields in the 100-meter fly.

Harrington currently competes for Bearden High School and Tennessee Aquatics. He is a USA Swimming Scholastic All-American who has four individual Tennessee State Championships going into his senior year: 50 free (2017), 100 fly (2016, 2017), and 100 free (2015). Including short and long course swims, Harrington has a Junior National cut or better in 12 different events. While he’s a puzzle piece swimmer–capable of swimming sprint to middle distance free, fly, and back–the biggest immediate contribution he will most likely make for the Bulldogs is as a sprint freestyler.

Tennessee seems to be having trouble recruiting in-state.

Not much in the state to recruit!