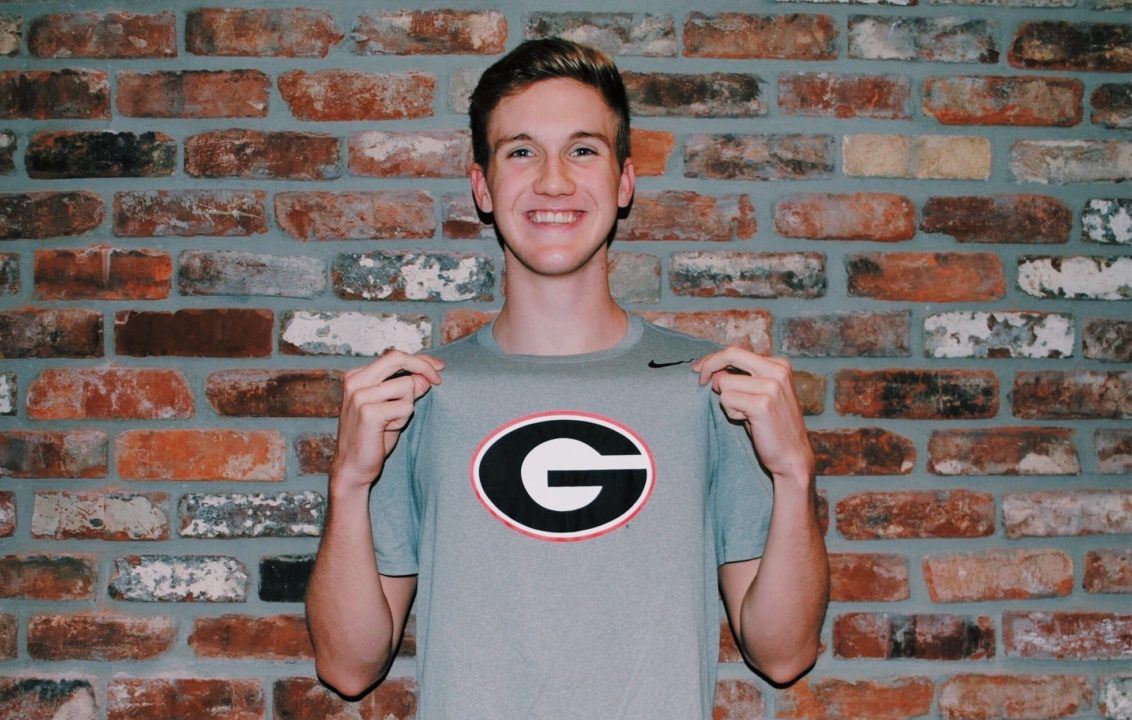 Keegan Walsh, who swims for Brookwood High School and Swim Atlanta, has given his verbal commitment to the University of Georgia’s men’s team as part of the Class of 2022. Walsh has been instrumental in Brookwood’s 2016 and 2017 back-to-back GHSA 6A-7A state championships.

Extremely blessed and beyond excited to announce my verbal commitment to swim at The University of Georgia!!! GO DAWGS!! ❤️?? #CommitToTheG pic.twitter.com/g4APFUHdbd

Walsh joins fellow Georgians Bradley Dunham and Tan Dunn as verbal commitments to UGA Men’s Class of 2022, as well as FINA Junior World Champion Andrew Abruzzo from Pennsylvania. With 10 seniors currently listed on their roster, Georgia’s men’s team appears to have plenty of room for a large incoming class, but it’s the women’s team, with 8 verbal commitments and only 6 current seniors, that has been first to reload.