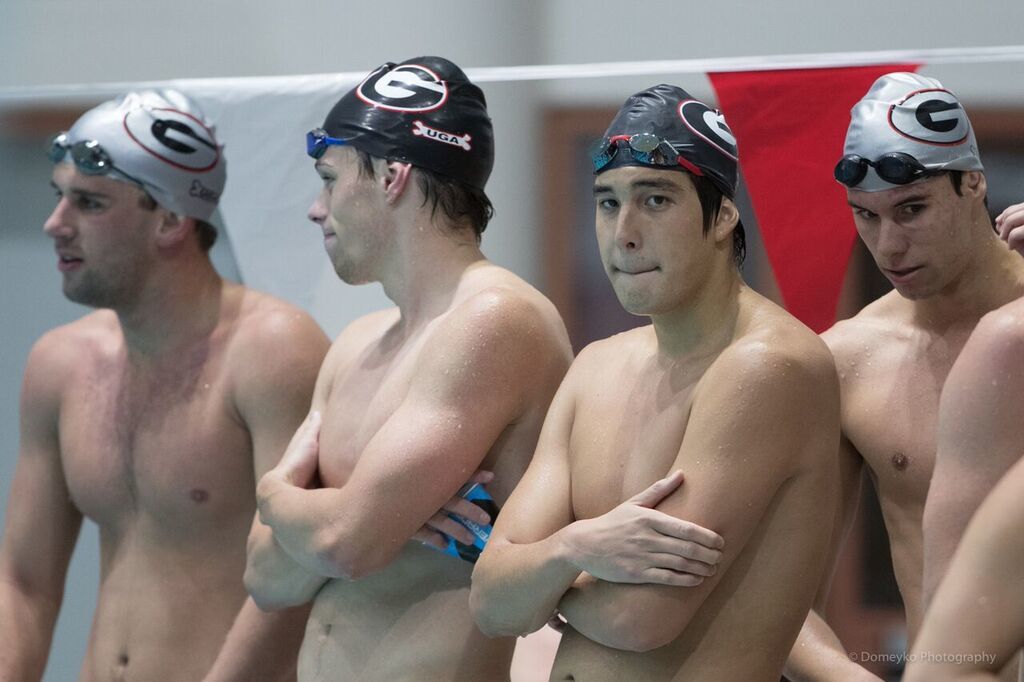 Four-time U.S. Open qualifier and jack-of-all-events Luke Durocher of Nation's Capital Swim Team has verbally committed to swim for the Georgia Bulldogs as part of the Class of 2022. Current photo via “Rafael/Domeyko Photography”

The University of Georgia’s Class of 2022 is really starting to take shape, and the men’s roster is starting to gain some ground on the perennially dominant women’s team. Darren “Luke” Durocher of Fredericksburg, Virginia is the latest to announce his verbal commitment to swim for the Georgia Bulldogs. Durocher currently swims for Nation’s Capital Swim Team, which produced 2012 Olympian and notable UGA men’s team alum Andrew Gemmell. Andrew’s father, Bruce Gemmell, is the head coach at NCAP, and trained Katie Ledecky to her golden individual run at the 2016 Olympics (200, 400, and 800 meter titles).

If the Sorting Hat were to be placed on Durocher’s head to determine his college selection, it would probably say something very similar to its exclamation when Ron Weasley donned it, “Ah, another [IMer and butterflyer]. Well, I know just what to do with you. G[EORGIA]!” Currently, Durocher’s best events are probably the 200 IM (1:47.97) and the 200 fly (1:45.56), but he also boasts Junior National cuts in the 100 back, 200 back, 100 fly, and 400 IM. Including long course events, he has four different U.S. Open qualifying times.

Interestingly, all five verbals for the UGA men’s team are solid 200 backstrokers with U.S. Open cuts in either short or long course:

This year alone, Durocher set 8 new personal bests in various long course events. If he can translate that success to his short course season, he could very well pass several of SwimSwam’s Top 20 Recruits. Durocher’s best times are:

Although IMers and butterflyers Gunnar Bentz, Jay Litherland, Mick Litherland, and Powell Brooks will have graduated by the time Durocher arrives to train at Gabrielsen Natatorium, he will still have plenty of other training partners with remaining eligibility, including Aidan Burns, James Guest, Clayton Forde, and Tal Davis. Moreover, despite recent and upcoming matriculations, many alums remain in Athens, Georgia to continue training under UGA’s coaching staff, including the top male IMer in the world, Chase Kalisz.

VERY HAPPY FOR LUKE HOWEVER! UGA IS A GREAT PLACE.

Congrats!
As a Virginian club swimmer’s mom, I will miss Mrs. Durocher’s cheering of “LUKE” at future meets!

Nobody goes to UGA to get an education.

Haha…They have an average ACT score of a 30 for first year students and a 1344 SAT I would say that people go there for academics.

they stay because they cant fail out,,,,,,,,,,flash back a few years

Congrats to Luke and his coach, Jeremy Linn!