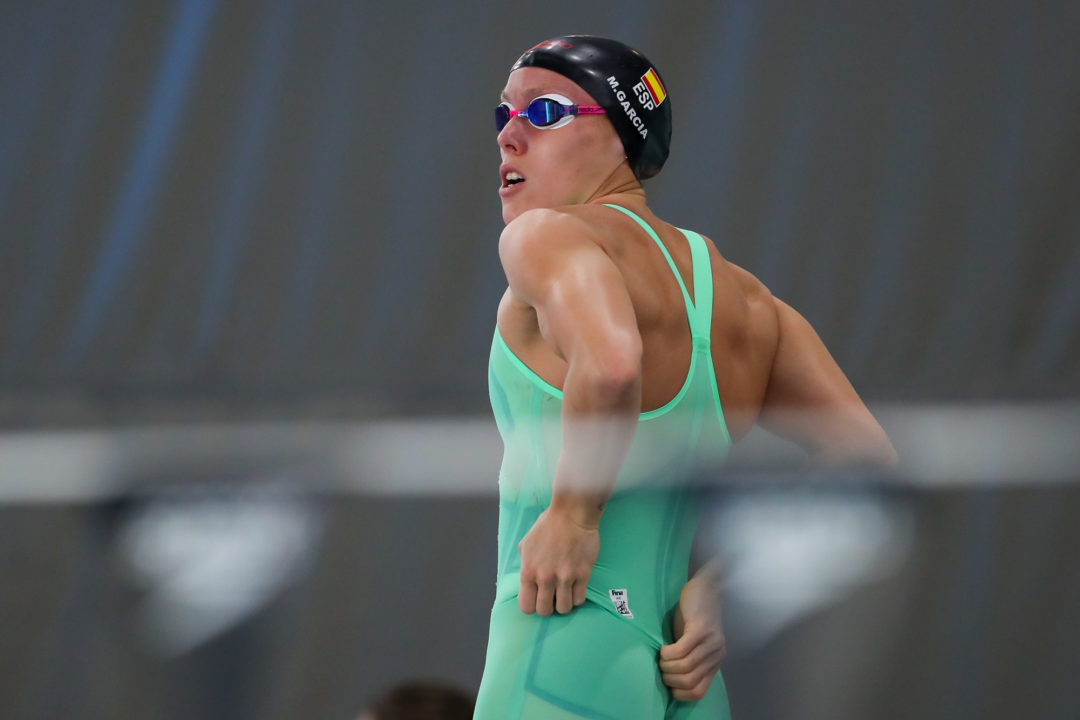 The duo of Garcia and Rodriguez will go head to head tonight, each looking to join Jessica Vall in the 200 breast in Tokyo. Archive photo via Iván Terrón

On the final day of racing at the 2021 Spanish Long Course Championships, there are two events left in which Spanish swimmers can earn a nomination to the country’s Olympic squad this summer. As they enter the 400 freestyle and 200 breaststroke finals, the goal will be to get under the FINA A cut in order to make the team.

The FINA A cuts are as follows:

In the women’s 200 breaststroke, Marina Garcia and Laura Rodriguez are the current front-runners to join Jessica Vall in the 200 breaststroke in Tokyo. Vall has already qualified to race the event for Spain and posted a 2:29.61 in the prelims of the event.

While it won’t be an Olympic qualification event, the 50 last finals event will also feature the 50 backstroke. In the prelims, Juan Francisco Segura posted the fastest time amongst the men with a 25.31 while Mireia Pradell was the fastest woman with a 28.68.

On the surface, Spanish swimming looks to be in quite a bad place. Most of the fastest heats swimmers across the meet would struggle to final in other big European countries.