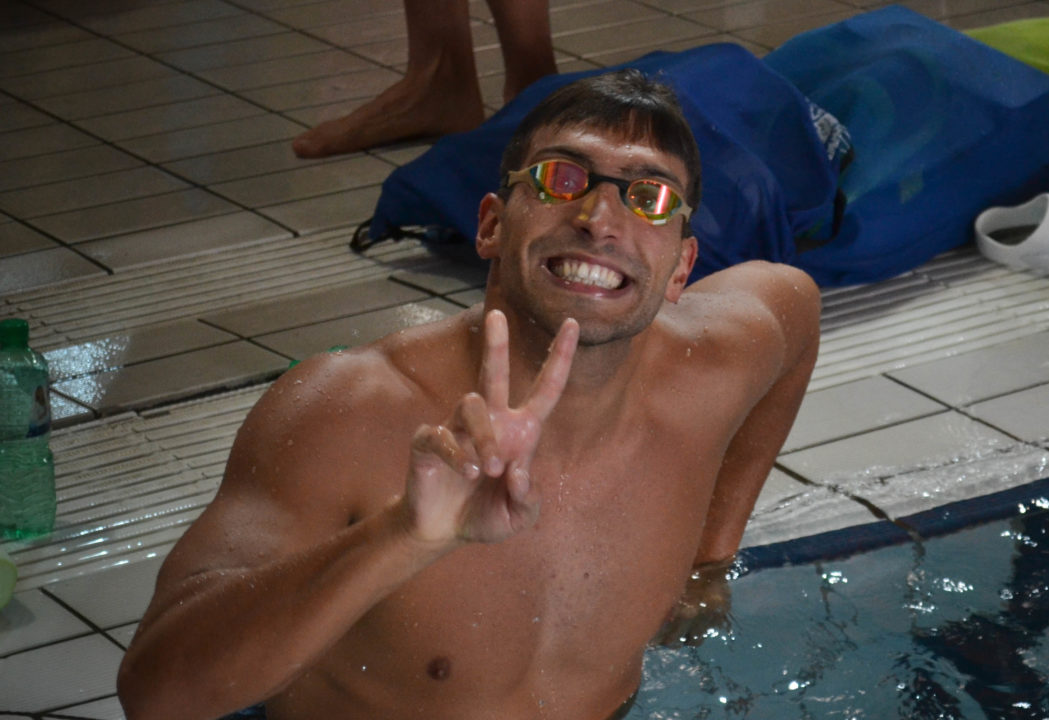 Just as he did in 2017 before that year's world Championships, Italian Gabriele Detti has decided to drop the 1500m freestyle from his event line-up on the final day of Nationals. Current photo via Giusy Cisale

Just as he did in 2017 before that year’s world Championships, Italian Gabriele Detti has decided to drop the 1500m freestyle from his event line-up on the final day of Nationals.

The 24-year-old freestyle ace came up just short tonight in the 200m free, finishing with a time of 1:47.02 to winner Filippo Megli‘s World Championships-qualifying mark of 1:46.56.

But, the two-time Olympic bronze medalist Detti has already qualified for Gwangju in the 400m and 800m free and has confirmed to SwimSwam on-site at the meet that he will stick to those in his World Championships gold medal hunt.

In Budapest at the last edition of the World Championships, Detti topped the globe in the 800m free, registering a new European Record of 7:40.77 in the process. He earned bronze in the 400m free in 3:43.93 behind China’s Sun Yang and Australia’s Mack Horton.

It’s the smart move for a pro like him. He would barely make the final on the international stage.

Makes sense – 800 is his ideal distance.