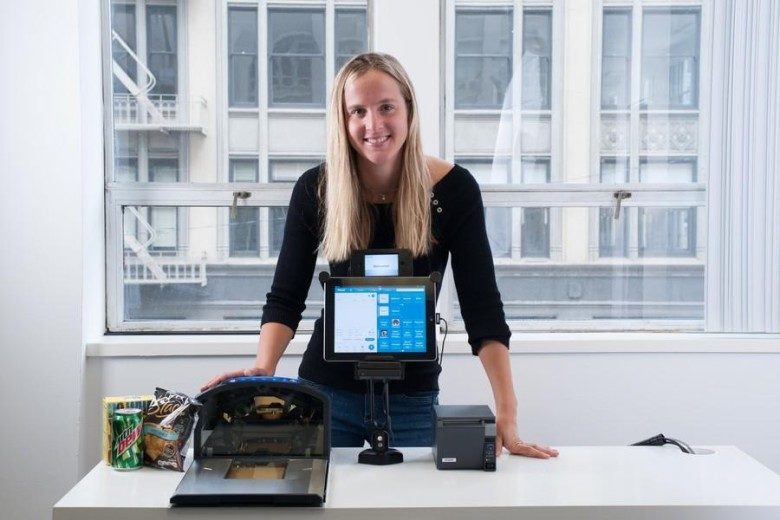 Lisa Falzone, a former Pac-10 scorer from Stanford, has been named to Stanford's 30 under 30 list. Archive photo via Revel Systems

When looking through Forbes’ annual 30 under 30 list for 2014, which recognizes people under the age of 30 who excel in their respective fields, you won’t find many swimmers.

Michael Phelps, who is still the most influential person in the sport, didn’t make the 30 under 30 for athletes. Neither did the Olympic ‘it’ girl Missy Franklin, nor even reality TV star Ryan Lochte.

In fact, the one swimmer we found on the 30 under 30 list wasn’t even on the athletes list.

The one we found was on the technology list.

Lisa Falzone, a former Stanford swimmer, made Forbes’ list of technological hotshots under the age of 30, always one of the most competitive groups given the number of young tech-gurus floating around these days. She is listed alongside names like Facebook head Mark Zuckerberg.

Falzone was recognized for helping create an iPad point of sale system that has been adopted by big players in the fast-food world, including Little Caesars and Popeyes. As compared to old-fashioned point-of-sale systems, Falzone’s app can be run on a relatively-inexpensive iPad, with features that would be comparatively thousands, of dollars.

To read more about Falzone and the rest of the 30 under 30 in the tech world, click here.
To see the 30 athletes under 30, click here.

Kudos to her! For those unfamiliar with Stanford speak, “The Farm” is a campus nickname derived from the days when horses rather than students roamed in what was previously the farm of University founders Leland and Jane Stanford.

Of course in the Midwest a farm may be somethng one wants to escape from, not embrace, at least in their youthful years.