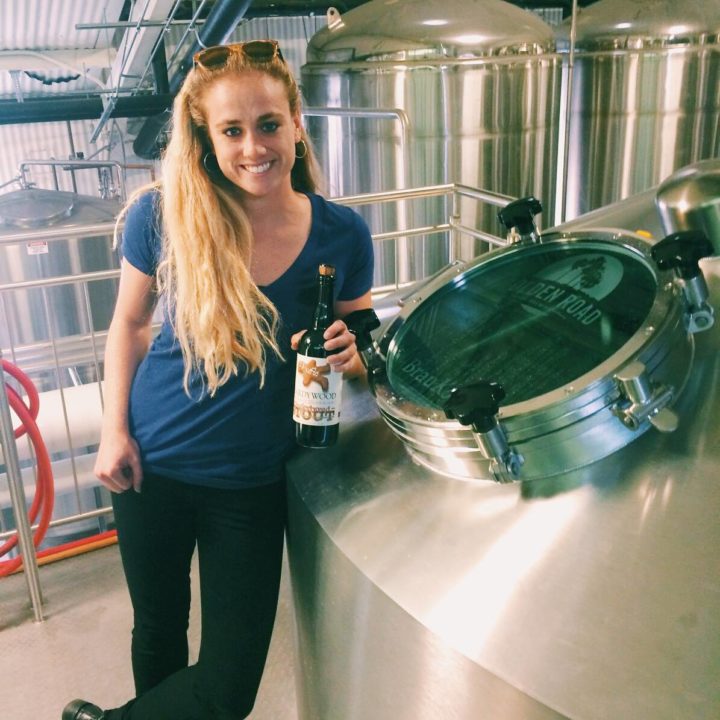 It seems that we were wrong. There isn’t just one former swimming standout on Forbes’ 30 under 30 lists. The... Archive photo via Facebook/Golden Road Brewery

It seems that we were wrong. There isn’t just one former swimming standout on Forbes’ 30 under 30 lists. The truth remains that none of them are on the “athletes” list, but contributor Anne Lepesant, an Ivy League alum herself, spotted another besides tech wiz Lisa Falzone.

The first name on Forbes’ list for the top 30 people under 30 in the food industry is one Meg Gill, who received the honor for what Forbes called “the youngest female brewery owner in the country.”

Gill is the owner of the LA brewery Golden Road Brewing, which produced 15,000 barrels in 2013 with revenues of over $10 million, and that’s with a limited southern California market. She intends to double her load in 2014 and expand her offerings, according to Forbes.

Gill, who is still an active Masters swimmer with The Olympic Club, was the valedictorian of her high school class before going on to join the Bulldogs. In 2005, she placed 3rd at the Ivy League Championships in the 100 fly, and anchored the then-school-record breaking 400 medley relay.

In this post on her company’s website, Gill discusses the lessons she learned while swimming for Tim Wise at Yale, and how she’s turned that into a successful career after college. She was a captain of the 2006-2007 team.

Read about Gill and the rest of the 30 under 30 in the food & wine industry here.

That is Cullen Jones, correct. It is not a 30 under 30 list, however, and as far as I’m aware, he’s not actually a spokesperson for the YMCA either – though they partner with USA Swimming on their drowning prevention efforts in many cases.