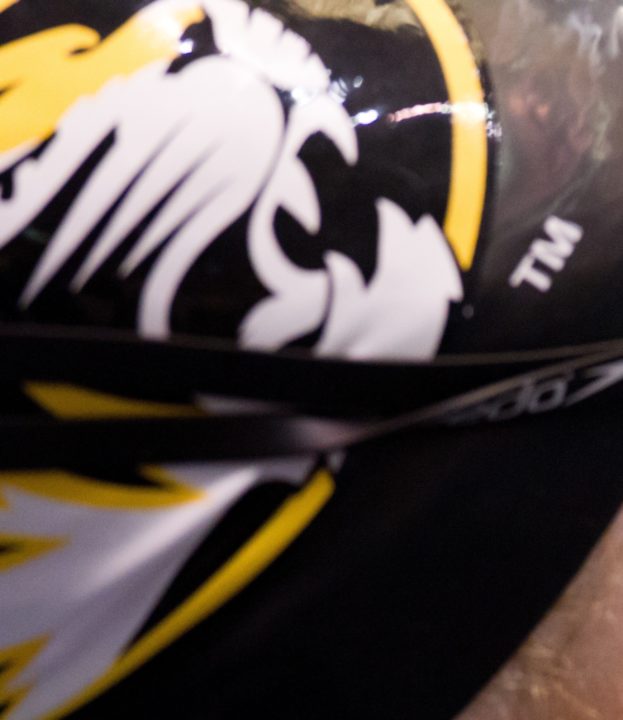 The Missouri Tigers have picked up a new number one breaststroker, even if they have to wait until 2014 to...

The Missouri Tigers have picked up a new number one breaststroker, even if they have to wait until 2014 to get her. Former Auburn Tiger Abby Duncan will be transferring to Missouri, she revealed on Thursday, and with Missouri now being in the SEC, she will have to sit out a year for transferring within the conference, per SEC rules.

As a freshman, Duncan was the breaststroker on Auburn’s 200 medley relay (4th in the country) and was 13th at NCAA’s in the 100. She lost her spot on the Tigers’ A-medleys this year after the return of Olympian Micah Lawrence and with the Norberg twins having great senior seasons (Lauren swam the 200 medley).

Her best swim in long course is a 1:10.7 in the 100 meter breaststroke, done in 2009 as a high school junior swimming for the Aquajets in suburban Minneapolis.

She leaves what was a crowded breaststroke group at Auburn that has now had to be totally reset after graduations and transfers. The signing of New Zealand’s Natasha Lloyd should help that rebuilding process.

The Missouri program that she’s joining has one very good young breaststroker, Lauren Stoeckle who was a freshman last year, but graduated their next two best after last season (Rachel Ripley and Amanda Masters). They are also bringing in a phenomenal high school breaststroker Katharine Ross out of Des Moines who was a 1:00.6 in the 100 in March.

Duncan will be a junior when she becomes eligible again in the fall of 2014.

Missouri’s school record in the 100 breaststroke belongs to Masters at 1:00.87, a time that Duncan has matched or bettered 9 times in her career. The Missouri women finished 14th at the 2013 NCAA Championship meet.

Abby is a talent – she’ll be great at Mizzou!