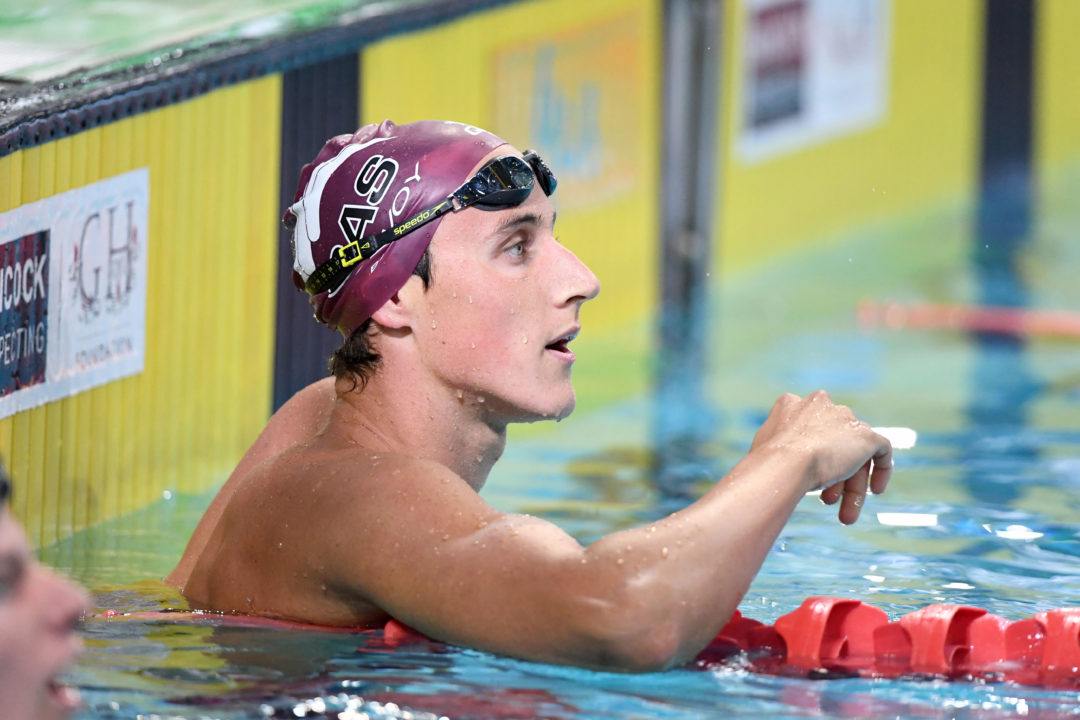 Below, find links to the Twitter and Instagram accounts of the 2017 Australian World Championship team. With the meet now less than two weeks away, you can follow along as the athletes put together their final preparations for the biggest competition of the year.

The Australians received a big blow when 100 free Olympic gold medalist Kyle Chalmers opted out of Worlds to undergo heart surgery, which was successful. He was one of the few bright spots for a team that fell well below lofty expectations in Rio, and his absence demolishes any chance of a gold medal in the men’s 400 free relay.

Along with Chalmers, there are several notable names sitting out of Worlds this year, including Cate Campbell, Madeline Groves and James Magnussen. With Chalmers and Groves out, Mack Horton, Mitch Larkin and Emma McKeon are the only returning individual medalists from last year.

You can check out our full roster announcement here.

Prediction: how many individual golds will Aussies get? I say zero.

A very realistic scenario. Seebohm, Horton & maybe McEvoy do have gold possibilities but none could be seen as favourites and each could very easily fly home with zero individual medals and maybe not even relay ones. Quite a strong likelihood of zero gold overall as only the W4X100 could be seen as a realistic gold chance and even then they are looking very vulnerable. Regrettably this may indeed become the norm. The “days of plenty” for AUS Swimming are long past and what you are most likely to see for at least the next 2-3 Olympic cycles are the production of maybe a couple of outstanding individuals of either gender at any given time and maybe another handful or… Read more »

I’m actually kinda hopeful. I’m American, but I want to see the Aussie’s do well after that debacle last summer.

I’m Australian & the Aussies got smashed in a big way in Rio. In the last 30 years, outside the Chinese girls, for reasons we all now know during the 90s, the Aussies have been the only rivals for the US, not sure why. Yes the Aussies have been 2nd best for awhile, they had a debacle in RIO, but still won 3 golds. But we are no challenge to the Americans, just do not have the depth. It’s like Katie Ledecky against the 2nd best, yes the 2nd best is good, but no match for Ledecky.

Rob, historically it’s been a case that AUS has always produced a certain quota of outstanding individuals at any given time and it used to be the case that swimming was a far less expensive sport meaning the potential talent pool was much wider. Never along the scope of America’s talent pool but it used not to be the case that that you were almost solely drawing from those of affluent backgrounds. Swimming is not an orphan when it comes to this syndrome in AUS Olympic sports but being the traditional “engine room” of medal production, its effects are most marked. Hosting Olympics has always been a catalyst and there’s generally been a flow-on effect for maybe 2-3 Olympics cycles… Read more »

Rob, whilst I concur with your very realistic assessment of Rio; I think your historical read is a little “out”. Over modern Olympic history, AUS has almost always been in the position of producing outstanding individual swimmers at any given time (sometimes a couple or a grouping). AUS’s small/smallish population has always meant it could never hope to match USA’s critical mass as regards numbers of swimmers but until recent times, swimming was not nearly as expensive a sport and therefore AUS Swimming was able to draw from a much wider talent pool than is now the case (where we are now drawing almost solely from those of more affluent backgrounds). Olympic hosting has also been the peak catalyst for… Read more »

Rob, your assessment of Rio is certainly on the money but there’s probably more to the history. In short: – AUS has generally always been able to produce at least one “gold contender” at any given time; sometimes a few more – AUS small population has always meant they have never been realistic challengers to US overall supremacy – AUS has had two periods where they could realisically have been considered “best of the rest” and both of these have had the catalyst of hosting an Olympics. – These periods were Melbourne through to late 60s/maybe Munich AND late 90s leading into Sydney flowing through to Beijing. – Period between has height of Cold War in sporting terms with East… Read more »

Hmmm let me guess you are either a pessimistic Aussie or a optimistic Yank ??