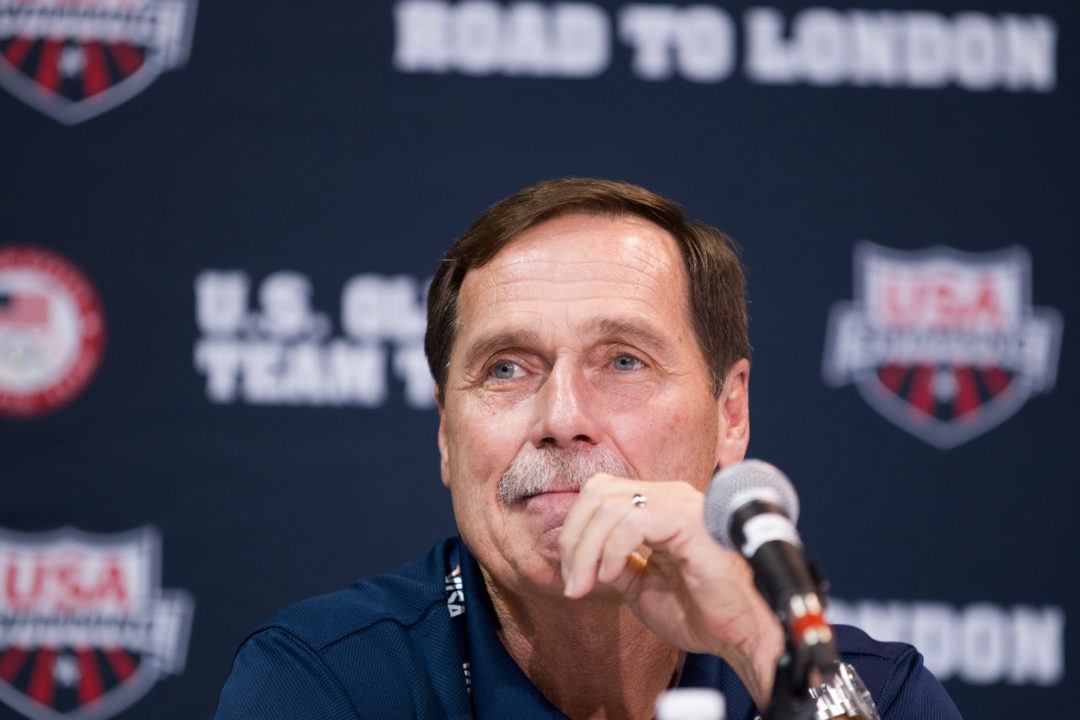 The University of Florida has given men’s and women’s swimming & diving head coach Gregg Troy a contract extension through June... Archive photo via Tim Binning/TheSwimPictures.com

The University of Florida has given men’s and women’s swimming & diving head coach Gregg Troy a contract extension through June 2020, which will lead the Gators up until the Tokyo Olympics.

“I am thrilled by the tremendous commitment this university has to our student-athletes,” Troy said. “We have a great group of Olympic-level athletes that I am excited to train for the 2020 Olympics.”

In addition to the team results, Florida has won 37 event national titles, 168 SEC event titles, more than 400 SEC Academic Honor Roll selections, and almost 1,000 All-America honors. He was also the head coach of U.S. Olympic the men’s team at the 2012 Summer Olympics and was an assistant at the most recent FINA World Championships for Team USA. He’s coached over 90 Olympians in his coaching career, with 14 gold and 29 total medals having been earned by Gator swimmers since the 2000 Olympic Games.

Troy’s current most high-profile swimmers are 12-time Olympic medalist Ryan Lochte, who has returned to Gainesville after a quad away training primarily in Charlotte; and Caeleb Dressel, a current Florida undergrad who had an unprecedented World Championship by winning 7 gold medals that included 3 in one day and the fastest-ever textile 50 free. Dressel is the defending NCAA champion and U.S. Open, American, and NCAA Record holder in the 50 and 100 yard freestyles and the 100 yard fly.

Update: Troy’s new contract pays him a base salary of $194,517 per year through the term of the contract.

Florida opens its season next weekend at the All-Florida Invite. The Florida men finished 3rd a the 2017 NCAA Championships, while the women’s team was scoreless at the meet for the first time ever.

It’s all about Lochte.
Familiarity
I am ok with it.
But am not a Gator grad.
One things for sure…
Pain is coming
The final chapter in Troy’s mustache
No more skateboarding surfing..
Dressel no doubt will benefit.
But it’s Troy’s psychology that matters.
Look for Lochte to go big in Tokyo

Is Liliana SZILAGYI no longer coming I don’t see her on the roster.

For the record also, Caeleb D also swam the fastest textile 100 fly. maybe want to add that to the article by the 50 free comment. Not insignificant.

It is much superior to the world record. Phelps did that in a full body lzr suit while Dressel did it in straight up jammers.

It seems like people have always been so anti Greg Troy around here. What’s the reason these days?

For the record. Loved the downvotes, but it was a joke.

How does he see? Doesn’t he have one eye? And all he eats is salt. Weird

2
-2
Reply
Caeleb Dressel WILL get 7 golds in Tokyo

I hope that I will one day be coached by this man.

I love all the haters, Troy is best and his swimmers demonstrated that through the years, best of luck coach Troy.