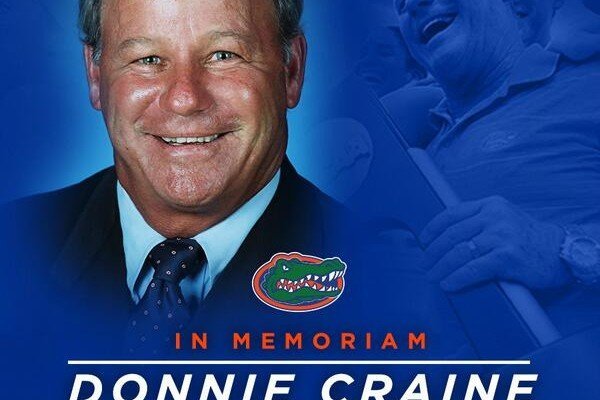 University of Florida Diving Coach, Donnie Craine, was killed after a boat crash in Jug Creek off the coast of Bokeelia, FL. Current photo via Twitter: @GatorZoneSwimDv

A boat crash in Florida was reported in Jug Creek in Bokeelia. Two boats collided, injuring three and killing Donnie Craine, the diving coach at the University of Florida. The crash happened just after noon on Thursday, April 24th.

As a competitor, Craine, dove his way into the A final at the NCAA Championships several times and was a 13 time finalist at US Nationals. Craine, 61, has been with Florida for the last 30 years as the head diving coach and had 8 years of experience prior to coaching at Florida.

Authorities say that they do not believe drugs or alcohol to be a factor in the crash. Donnie Craine was on a boat with one other passenger. Four passengers were on the other boat.

“Donnie Craine’s reputation speaks for itself. He has shown the ability to craft top-level divers, and to maintain that success through hard work and discipline,” Florida head coach Gregg Troy says. “Coach Craine is, without question, one of the elite diving coaches in the country.”

“Our thoughts are with Mindy, their family and all who had a chance to know and be coached by him,” said Athletics Director Jeremy Foley. “This is such sad news about Donnie Craine. Donnie loved being a Gator and spent his career here coaching our men’s and women’s diving athletes. He will be missed.”

What a tragic accident. We got to know him a bit throught the years and always had a smile on his face. He will be sorely missed. Thoughts and prayers go out to his family and the whole Gator Nation Swim and Dive team.

This is a completely preventable death.
Safety is NOT an accident.
Limited speed zones must be enacted and rigorously enforced.
A tragedy for all. Condolences to the family.

My thoughts and heart go out to Donnie’s family, the Florida Swimming and Diving Team and the US Diving family as they deal with this tragedy. Donnie always carried a smile and was always very nice to deal with. He will be greatly missed.