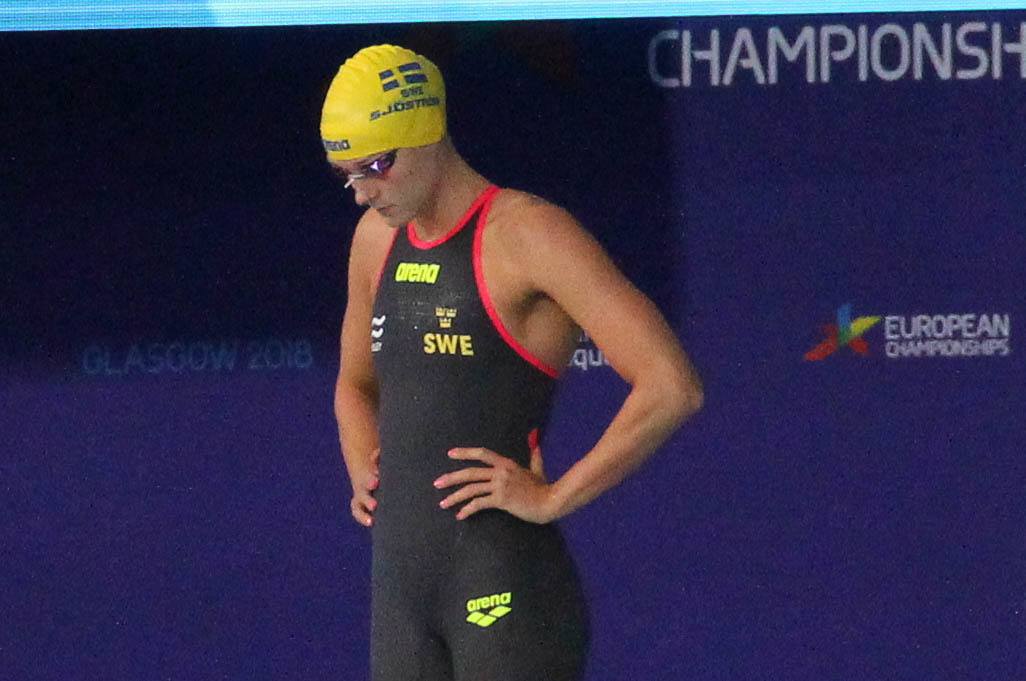 Swedish Olympian Sarah Sjostrom cruised to the final of both the women's 100m fly and 100m free for tonight in Beijing. Archive photo via Giusy Cisale swimswam.com

The final day of the FINA World Cup Series stop in Beijing got underway this morning at the famed Water Cube, with Swedish Olympian Sarah Sjostrom setting the stage in the women’s 100m fly.

The 25-year-old notched a morning effort of 57.04 for the top seed, but she wasn’t alone. China’s Wang Yichun also touched in 57.04 to put a target on her back for tonight, while teammate Zhang Yufei is also in the mix with her morning time of 58.00.

Jamaica’s Alia Atkinson is the 4th seed in this women’s fly headed into tonight’s final, notching a time of 58.08.

Sjostrom was also among this morning’s 100m freestyle field, with the Swede earning the 2nd seed in 52.69. Sjostrom already owns the 2nd fastest time in the world with the 51.21 notched back in September of this year.

Ahead of Sjostrom, however, was Denmark’s Olympic champion Pernille Blume. Blume raced ahead of the field this morning with a time of 52.53 after opening in a split of 24.95. She is still chasing the Danish National Record of 51.58 held by Jeanette Ottesen since 2016.

Dutch Olympians Femke Heemskerk and Ranomi Kromowidjojo were also among those who will move on to tonight’s final, as was china’s Yang Junxuan.

The back-and-forth battle between American Michael Andrew and Russian Vlad Morozov across the sprints continued this morning, with the former clinching the top seed in the men’s 50m fly. 22.57 is what the 19-year-old produced this morning to beat out Morozov’s 22.91 to claim pole position status.

Andrew was back in the water just a few races later to contest the men’s 100m backstroke, where the Race Pace Club swimmer notched 51.61 as runner-up seed. Claiming lane 4 for tonight’s final was Aussie Mitch Larkin, who earned a time of 51.50. China’s Li Guangyuan was also sub-52 in a time of 51.67.

The women’s 100m backstroke gold medalist here, Minna Atherton of Australia, is positioned nicely in the 200m distance, touching in 2:05.86 for the 2nd seed. The teen was only .01 off of leader Liu Yaxin of China, who topped the prelims in 2:05.85.

Both Hosszu and Seebohm raced in the women’s 50m breaststroke final, with Seebohm earning a very respectable 4th seed in this off-event. She touched in 31.04 as a demonstration of the Aussie’s versatility. Hosszu, however, finished in 10th and out of the final.

Reaping the rewards of a fast morning swim was Jamaican Alia Atkinson, who established herself as the top seed in 30.18. Russia’s Yulia Efimova is hot on her tail, earning a morning effort of 30.38. China’s Feng Junyang threw her hat in the ring for gold with a morning time of 30.78.