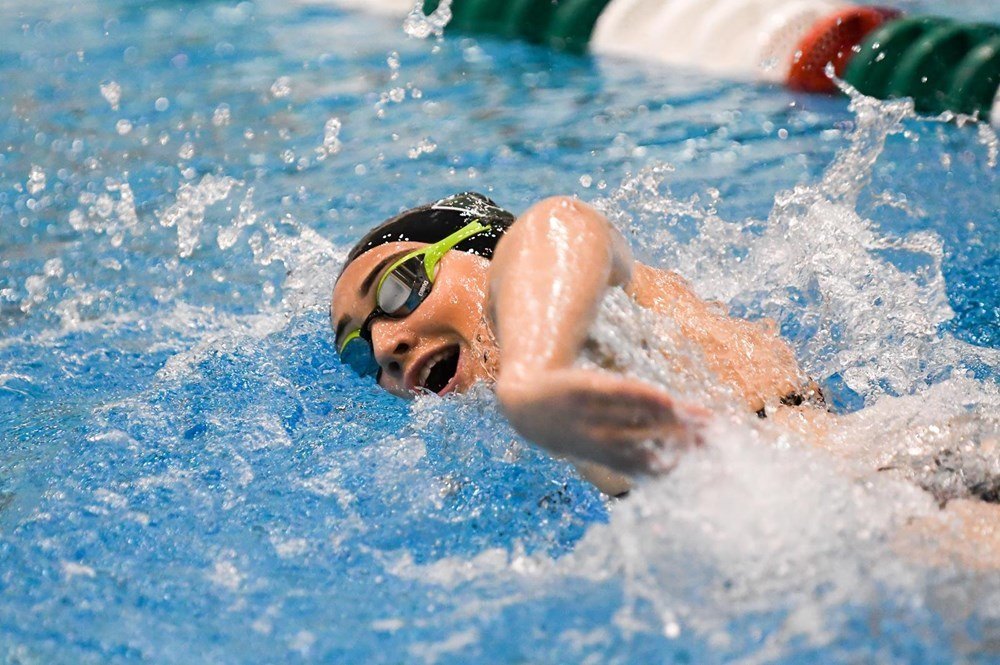 The Eastern Michigan women thumped Ohio University on Saturday in both teams’ 2nd MAC dual meet of the season.

The teams were fairly-even in event winners (EMU 9, Ohio 7), but it was the depth of the Eagles that carried the day. That was most obvious in the relays where EMU went 1-2 in the opening 200 medley and 1-2-3 in the closing 400 free relay. Their 3:30.25 to close the meet was their best result of the season and ranks them 3rd in the conference.

It also showed in the 100 back, for example, where Eastern Michigan went 1-2-3-4, all by underclassmen, led by a 56.69 from sophomore Claire Young.

Defending conference mile champion Nicole Swartz opened the individual events with a win for EMU, swimming a 10:09.19 to eat Ohio sophomore Hannah Schlegel by a second-and-a-half (10:10.68). That gives Swartz the 2nd-fastest 1000 free time in the MAC this season.

2018 NCAA First Team All-American Delaney Duncan skipped the 200 breaststroke, but won the 100 breaststroke in 1:01.79. She’s been under 1:02 three times this season, which is three more than anybody else in the conference has been.

Her 2nd individual event was the 200 IM, where she was the runner-up in 2:07.53 in spite of a 34.96 split in her best leg ,the breaststroke, that was almost 3 seconds better than anyone else in the field. Ohio University sophomore Sam Glass, though, did just enough on that breaststroke league to maintain contact with Duncan, and roared home to win in 2:07.35.

Ohio had two double-winners in the meet. Glass, besides the 200 IM, also won the 200 fly going-away in 2:03.79 – her season-best time. That’s a bit slower than she was on this same weekend last season, but that might not be a bad thing – last year, she was unable to match her mid-season invite times at the conference championship meet, so a differing approach could pay off in February.

Senior Corrin van Lanen did her one better, taking three individual victories. First she won the 50 free (23.81) just .05 ahead of a quintet of Eagles; and also won the 100 free (52.14) by an identical marginahead of a quartet of opponents. In her last event, the 100 fly, she won in 56.32 – the most comfortable victory of the day with a second-and-a-half edge.