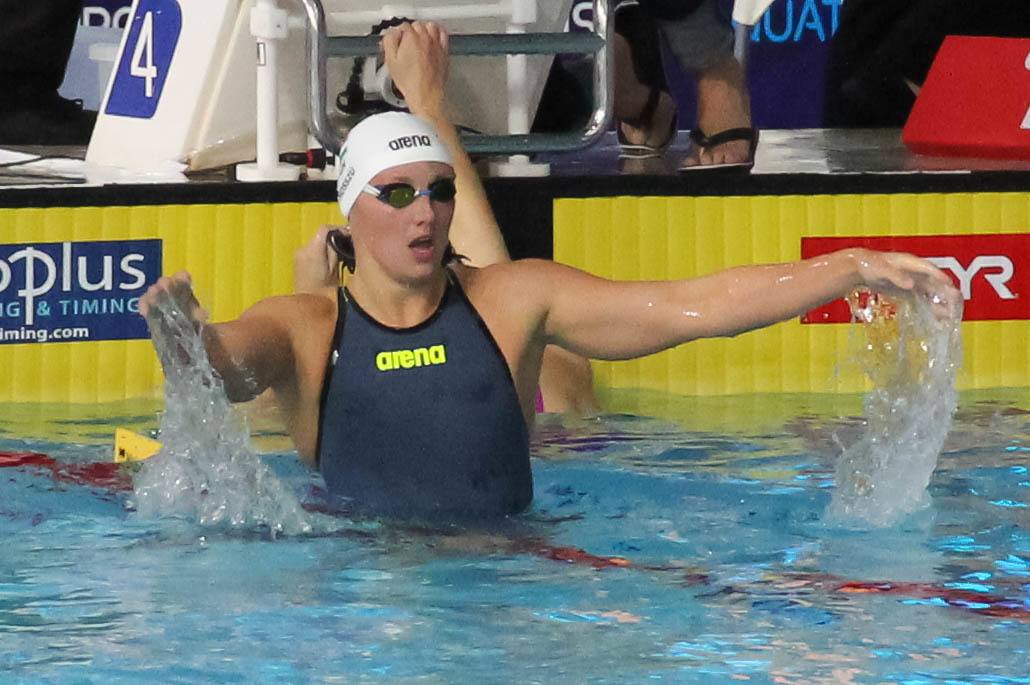 Back to her Iron Lady ways, Hungarian swimmer Katinka Hosszu put on a show across several events this morning in Beijing. Archive photo via Giusy Cisale swimswam.com

Newly-minted 400m freestyle World Record holder Wang Jianjiahe of China is not competing in Beijing, which opened the door for a host of other competitors to take the gold in the teen’s absence.

Leading the charge this morning in the SCM 400 free was Hungary’s Katinka Hosszu, who snagged the top seed in 4:05.76. Next in line was Dutch Olympian Femke Heemskerk, who touched in 4:08.14, while Jianjiahe’s teammate Li Bingjie rounded out the top 3 morning finishers in 4:08.22.

The men’s 400m free is also shaping up nicely, with Ukraine’s Mykhailo Romanchuk leading the charge with his morning swim of 3:45.81. He represented one of five swimmers to delve under the 3:50 threshold this morning, with Ji Xinjie of China earning the #2 seed in 3:45.93.

Hosszu barely dried off before she was back in the pool to contest the women’s 100m IM sprint, clinching the top seed in 58.43. She was the only racer under 59 seconds this morning, with China’s Ye Shiwen finishing as the prelims runner-up in 59.42. Olympians Alia Atkinson, Emily Seebohm and Yulia Efimova also made the final for this evening.

Hosszu also raced the 50m back, but fell short of making the final, setting for a reserve spot. She came back to claim the 2nd seed in the 200m fly, stopping the clock in 2:08.44 behind leader Zhang Yufei of China, who touched in 2:08.01.

Both Andrew and Morozov will meet again in tonight’s 50m free final, where Morozov leads the pack with a prelim time of 21.42. Andrew is right behind in 21.51, while fellow American Pieroni is in the mix with an AM swim of 21.92.

Swedish speedster Sarah Sjostrom led a stacked field in the women’s 50m free, notching the top seed in 23.74.  Dutch Olympian Femke Heemskerk was the other sub-24 second racer of the morning in 23.99, while teammate Ranomi Kromowijdojo rounded out the top 3 in 24.01.