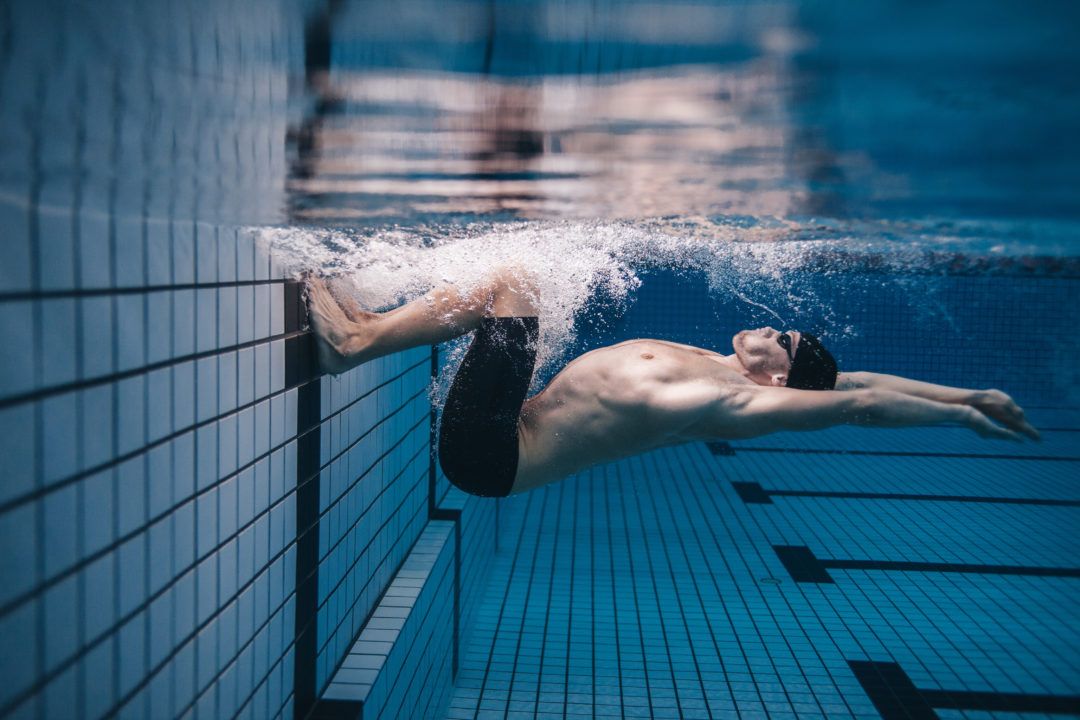 FINA has updated its bylaws to allow for the use of underwater video technology at the Olympic Games and World Championships. Stock photo via Bridge Athletic

FINA, the international governing body for 6 aquatic sports, has approved an amendment to their by-law regarding the use of automatic time recording systems at Olympic and World Championship meets, according to the Russian Swimming Federation . The amendment serves to allow underwater video equipment to be used by the referee to confirm a stroke violation and to refute violations made by the judges on the side.

“At Olympic Games and World Championships approved Automatic Officiating Equipment shall be provided and used.”

In a variation from the existing underwater review practices, this rule means that video footage will be able to be used to make a new call to disqualify a swimmer. That’s in addition to using the technology to either confirm or refute an existing call that had been made by an official on the pool deck.

USA Swimming has had a similar provision in their annual rulebook under Article 102 “Conduct and Officiating of All Swimming Competition”, subsection 22 “Disqualifications”. In the most recent edition of the rule book, section 102.22.15 reads:

“Video replay footage from cameras approved in writing in advance of the competition by the Program & Events Committee Chair or designee may be used to review stroke or turn infractions called on deck. The official(s) reviewing the video may only confirm the call made on deck, overrule the call, or advise the Referee that the review proved inconclusive.”

This has been a controversial rule around the world, as athletes from other nations have claimed that the ability to overturn a disqualification gives the United States an advantage in qualifying.

Having gone through minor changes every few years, this section on the use of video footage in USA Swimming’s handbook was first introduced in the 2012 addition, reading:

“Approved underwater video replay may be used to review stroke or turn infractions called on deck. The official(s) reviewing the video may only confirm the call made on deck, overrule the call, or advise the Referee that the review proved inconclusive”

Early in 2019, the NCAA Playing Rules Oversight Panel made a similar call as FINA just has when they approved the use of video review technology in order to determine whether the “15-meter violation” was called. A “15-meter violation” occurs when a swimmer remains under water past the 15-meter mark off any wall. With this update, the referee will have video replay footage as an added resource and holds sole jurisdiction over the call.

Previously, in 2013, the FINA Congress voted ‘no’ on using underwater cameras. That vote came a year after Cameron van der Burgh admitted to using extra dolphin kicks en route to an Olympic gold medal in the 100 breaststroke.

Baring cancellations or postponements, the 2020 Tokyo Olympic Games will be the first time that this new by-law from FINA will come into play and will be subsequently effective at the 2020 Short Course World Champs in Abi Dhabi, United Arab Emirates and 2021 long course World Champs in Fukoka, Japan.

Breaststrokers and IMers all panicking now…

I’ve never definitively seen him do it, but the meme inspired my club to create a drill called the “Cody Miller Pullout” where you dolphin kick to 15 then start your breaststroke pullout