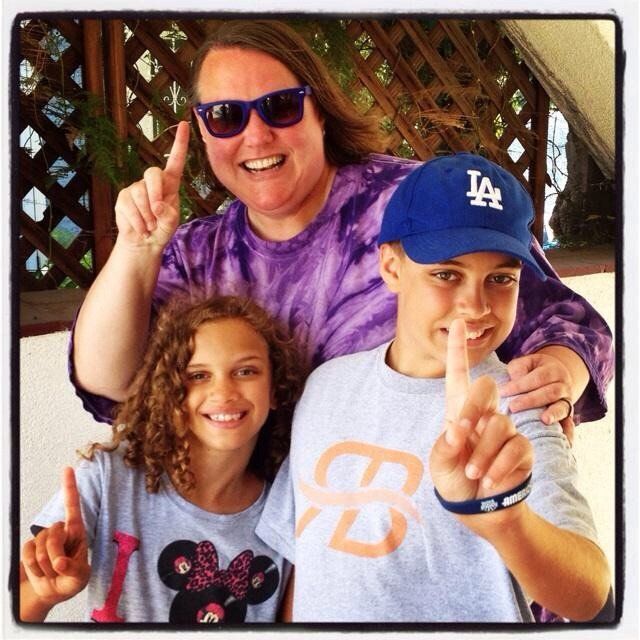 At long last, it’s time to announce the winners of the first #FantasySwimming league: U.S. National Edition. As with all week, this update has been drafted by Loretta Race. Read more about the league here.

We are pleased to announce that Team WeMissYouRicky has won the first edition of #FantasySwimming!!  The team is led by @AdrienneQW and her 2swim-enthusiastic children!  Adrienne was lucky enough to attend Nationals in person with her family, so she got to see her roster members perform LIVE!!  (Obviously added to the excitement). Even though Team WeMissYouRicky scored minimal points on the Final night of competition, her score from Day 4 (with Franklin, Larson, McBroom, etc.) put her point total simply out of reach.  Here are the final point standings:

RyanLochtesCamoShorts = 90pts
MrsNathanAdrian = 87pts
BobsHat = 87pts
TylerClarysPitCrew = 76pts
TheChlorinators = 74pts
Sharknado = 73pts
JustKeepSwimming = 73pts
SwimFit = 72pts
SOGO = 68pts
GatorGrabber = 56pts
BigTruck = 56pts
NathanAdriansChest = 52pts
SmileyRyanLochte = 51pts
As a result of winning, Miss Adrienne was showered with a gift pack of Swimmer Autographs, Photos, and some special goodies from Rowdy Gaines himself (thanks, ROWDY!)  For her victory, Adrienne says “The whole process was a blast – from the hilarity of our four-hour telephone draft, to the good-natured trash talk on Twitter, from the fun of having fave swimmers on our team to the joy of discovering new talent – we can’t wait to do it again!” – i.e., this league is #DoingItRight
Favorite Moment of Final Night – I think the most Twitter chatter within the league came in anticipation of the Mens 200IM.  That race was #stacked and seemed to include at least one person from each of our “Favorite Swimmer” lists.  Plus, the fact that we got to witness a Lochte/Phelps showdown just made you cheer, no matter who was on your team!  The splash n’ dash races also didn’t disappoint, with the swimmers just flying across the pool in their usual faster-than-a-speeding-bullet fashion!  It’s always fun to see who comes out on top; that is, except if your Team RyanLochtesCamoShorts (@grangertalley). – see below….
Best TrashTalk – Not only did he uber-brag during the Draft itself once he acquired Mr. Nathan Adrian, but Team CamoShorts also sent the league daily reminders that he had Mr. NA in his pocket, primed for the last night!!!  So, @grangertalley definitely dug himself a hole in the trash-talking department; which, the league will remember for the next Draft!!   Also going into the last day of Nats, most of the teams did the math and realized after Prelims that there were only 1 or 2 teams capable of capturing the #FantasySwimmingtitle.  Hence, the bandwagoning began, with “teams with no chance” forming alliances with the “still in it” teams.  It also became even clearer that we are all true swimfans who simply wanted to cheer for every swimmer – known, unknown, amateur, pro – regardless of what team they were on for #FantasySwimming.
HIGHLIGHT of the LEAGUE – There were 2 thematic benefits to participating in the #FantasySwimming League for Nats.  First, as Team MrsNathanAdrian (@lydiajoo) put it – “Participating made us even more aware that the camaraderie and pure excitement and goodwill about the sport and its athletes is simply unique to swimming.  By being part of the #FantasySwimmingleague, I was able to tap into that community and feel just such a shared sense of pride for the talent and hard work our swimming athletes give every single day!”  Well said!
The second positive everyone took away was the awesome response and interaction we all received from the athletes themselves.  Both the “more known” and the “lesser known” swimmers indicated that they really appreciated the support and Good Luck messages we’d send to our rosters each day.  Team TylerClarysPitCrew (@CslCuevas), for example, had great interaction with Michah Lawrence, Lindsay Vrooman, and Rachel Bootsma, as well as Tyler Clary.  Team NathanAdriansChest (@jazzycrayon) also loved the fact that Rowdy Gaines even got into it and SwimMac/SwimMacElite made it known that they were appreciative of the positive thoughts being sent its way.  Whether it was one of our tweets that was favorited, RT’d, or responded to, we felt immersed in the entire National experience, as much as a long-distance superfan could be.  We also were so much more invested in learning about/cheering for the lesser known athletes on our rosters.  This added a whole new level to the entire fan experience!
Notes for Next Time –   We’ve learned a lot from this first round and already have ideas and things we’d like to incorporate into future leagues.  Team Sharknado (@HollywoodinDC) had the idea of picking an overall winner for the AGP series, or possibly having an overriding team (i.e., NBAC, SwimMac, etc) for whom we’d accumulate points over an entire season.  On a more logistical level, Team RyanLochtesCamoShorts (@GrangerTalley) and yours truly (@rettarace) will be working on a more automated (think mobile) version of the draft/point-tracking system itself.  Also, we’ve adopted the overall name of “Lane 4” for our #FantasySwimming league to be used ongoing.  So, look for the #Lane4 hashtag to take over Twitter come PanPacs!
*BIG Shout Out to one of our Commissioners, Kasey Sheehan (@TheKaseyS) and all of her hard work WHILE also being on-site at the meet cheering.  ANYONE 18+ interested in participating in the upcoming #Lane 4 #FantasySwimming PanPacs Draft can email Kasey directly at[email protected] by Friday, August 15th.
We’re all a little bummed that Nationals is already over, but super psyched that our Pan Pacs Draft is being held THIS SUNDAY!!  There’s no “off-season” for #FantasySwimming!
A full rules and scoring breakdown can be seen below.

When are the pick em resukts getting posted?