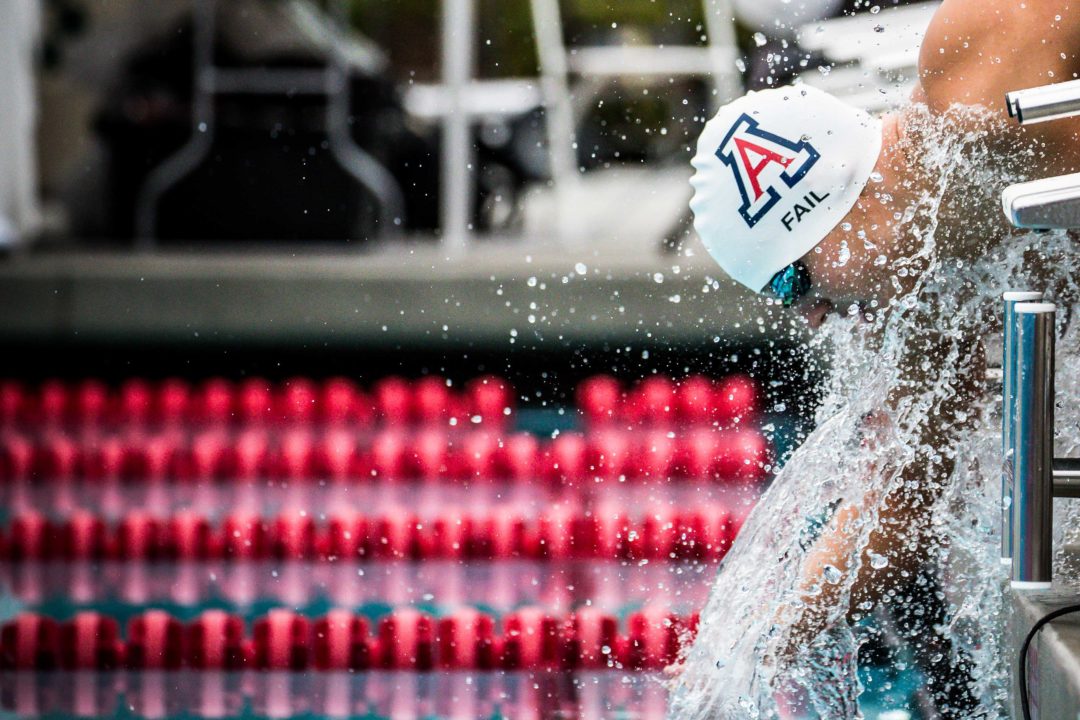 All-American Brooks Fail went 4:18.50 to lead the 500 free in prelims of this morning’s Arizona Invite.

In a pandemic-adjusted season, the invite features just two teams: the University of Arizona and Grand Canyon University. But in a season where competition has been sparse (especially around the Pac-12), the meet has already given a decent look at the Wildcats roster for the coming NCAA season.

Fail’s 4:18.50 blew out the field, winning by more than 13 seconds. He should get another shot at the race in finals tonight, and could challenge for a top-5 time in the NCAA so far this season. Prior to today, only four men had gone under 4:13, though more could join that list at Texas’s invite happening this weekend as well.

Australian IMer David Schlicht is back after sitting out last season on an Olympic redshirt. He was 53.53 to lead the 100 breast today, and also 1:46.40 for the top spot in the 200 IM. Schlicht was a three-event scorer at NCAAs as a freshman, and should be a major contributor for the Wildcats this year.

He’s one a few notable internationals who are competing for Arizona this week. Star prospect Faith Knelson deferred her freshman season last year, but was competing for the Wildcats today. Knelson qualified second in the 100 breast at 1:01.56, behind South African sophomore Jade Neser (1:01.04). That’s Neser’s best swim in short course yards, bettering her 1:01.80 from last year’s Pac-12 meet.

Olympic champ Matt Grevers competed as an unattached professional. Coming off of the ISL season where his Energy Standard team finished second among ten teams, Grevers went 46.58 to lead the 100 backstroke.

Virginia alum Leah Smith also competed as a pro, coming off of ISL season herself. Smith was 2:01.84 for the top spot in the 200 IM.

And the men wildcats are not even ranked in the top 20. No respect!