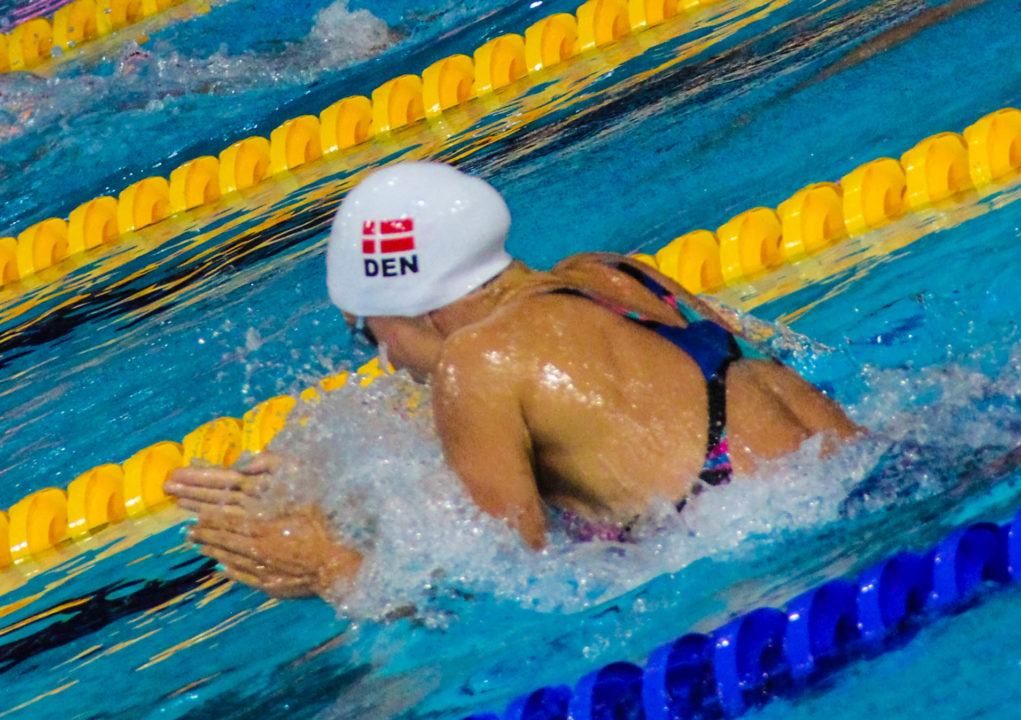 European Championships wrapped up this last week. There were many impressive swims. We've covered the team trophy, and the medal table, but there is more performance information that we can look at. Current photo via Giusy Cisale

European Championships wrapped up this last week. There were many impressive swims. We’ve covered the team trophy, and the medal table, but there is more performance information that we can look at.

Germany had the highest percent of prelims swims that ended up making finals (57%). They were the only country over 50%. Next was Italy at 47% and Spain at 44%.

Time performance vs psych sheet times isn’t a perfect measure of individual success, but it is at least decent. Psych sheet entries usually represent a swimmer’s recent best effort. The median for men at this meet was an add of .6% (780 times, standard deviation 1.3%) when comparing their best time from any round to the psych sheet. The median for women was a time add of .7% (616 times, sd 1.5%). If we limit that to swimmers that made finals men added .2% (134 times, sd .9%) and women added a median of .2% (131 times, sd 1%).

The biggest single time drop of the meet belonged to Batuhan Hakan of Turkey in the 400 free where he dropped nearly 12 seconds (4.8%) from his 4:08.73 seed time. This moved him from 39th seed to 28th in prelims.

For all the fuss about the Italians dropping time, there is not a single Italian in the top ten droppers

The highest ranked Italian on the biggest times dropped list is at 61. With that said, biggest time drops is a stat that depends a lot on context. A lot of the time the very biggest drops come from swimmers that don’t have much history in an event, so their seed times aren’t as good. Countries that are deeper don’t have many people swimming their second tier events at a championship meet like this one, so even small time drops can be impressive. On the whole the Italians performance vs seed was essentially average. A few time drops from already highly seeded swimmers can go a long way toward bumping up medal count and driving narrative about a country’s performance.

It would be interesting to see if the statistical analysis confirms with reasonable probability the hypothesis that the jetlag effect took place and affected performances in finals. Or it is just another excuse.

I think there are too many confounding variables and unknowns to properly test that question with much confidence, but I would love to know.

It’s true. Sometimes the competition for the spot on WC team was the only motivation for some swimmers and that determined the prelim-final strategy.
So let’s rely in this matter on opinion of Swimswam forum regulars: they know everything. 😀

This is great. Have you included relay finals as well?