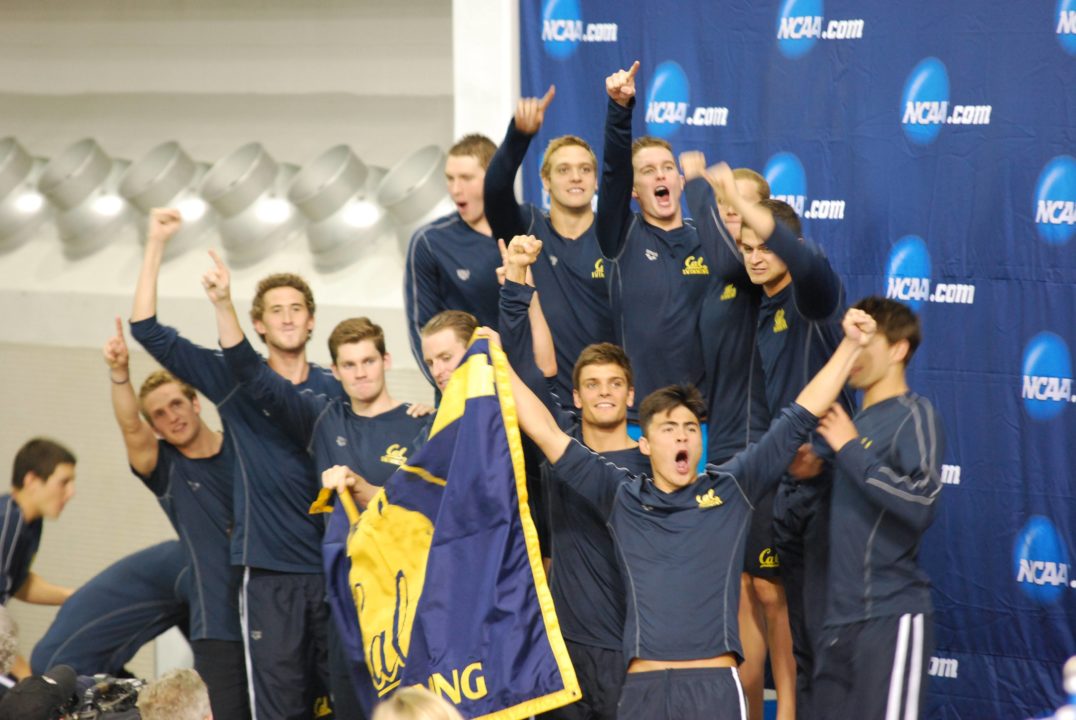 Weren’t able to make it to Austin for the 2014 Men’s NCAA Championships two weeks ago? Couldn’t get your live stream to work?

Your chance to watch all of the best races as Cal and Texas battled for the title is tonight, Wednesday, April 9th at 8PM Eastern Time.

That 8PM Eastern Time, 7PM Austin Time, and 5PM Cal Golden Bear Time, where ESPNU will condense the highlights of the meet, analyzed by Rowdy Gaines, into a one-hour television special.

Spoiler alert: Cal wins, though it was one heck of a meet.