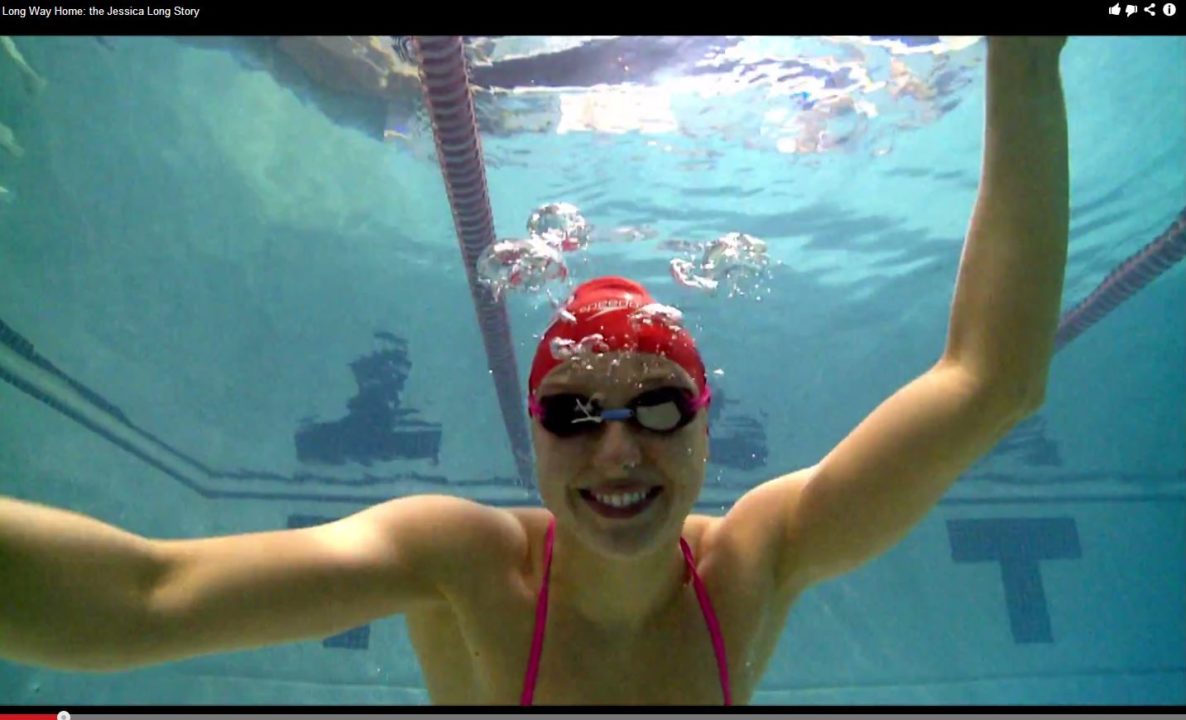 Jessica Long will be among the 45 swimmers representing the U.S. at the 2014 Pan Pacific Para-Swimming Championships in Pasadena, California. Archive photo via NBC

The USOC has selected a roster of 45 swimmers – 27 women and 18 men – for the 2014 Pan Pacific Para-Swimming Championships. That meet will run from August 6th-10th in Pasadena, California.

The roster is a huge one, and according to the USOC it’s the biggest roster that the Americans have ever taken to a major competition. That roster size has been reportedly planned all year as a way to incentivize team members and with the relatively low costs of travel to a domestically-hosted meet.

The roster includes 19 members of the 2012 Paralympic team, including stars and gold medalists like Jessica Long and Brad Snyder. A veteran cast like 22-year old Cortney Jordan, who is a two-time Paralympian, and Tom Miazga, who was on the Paralympic team in 2008, missed the team in 2012, and made a comeback this year to break multiple American Records, will be crucial, as almost half of this roster will be making their debut in terms of competitions of this level.

Included among those newcomers are the likes of Michelle Konkoly, who might be the next big star of U.S. Paralympic swimming. The Georgetown student was a member of the Hoyas’ varsity team before an injury left her to look down the Paralympic avenue instead. That paid off with multiple American Records at the CanAms qualifying meet two weeks ago in Miami.

The full roster is below.

Super excited to 15 year old Team Santa Monica swimmer, Serafina King on the roster. Congratulations to all of the swimmers!

Me too, Tamara. Congrats!

HARD WORK IS ALWAYS REWARDED! Congrats to C. WAVES
Swim Team member McKenzie Coan! We are so proud of you! Congrats to all of the swimmers! Go Team USA!
Coach Teresa and The WAVES Swim Team Members

Congratulations to Serafina King for making the team. I will travel from Maryland to California to see her represent the USA. Good Luck Team USA!

Congrats to Breanna Sprenger for making her second U.S. Paralympic team at age 13!! Your hometown team will be watching you rock the pool in 4 days! The Ridgewood Dolphin Para Team are on their feet for you!!!

Congratulations Breanna Sprenger! The Grant Family will be cheering you on !!!!

So excited for you. Hoping to be able to watch. Sending hugs & kisses.