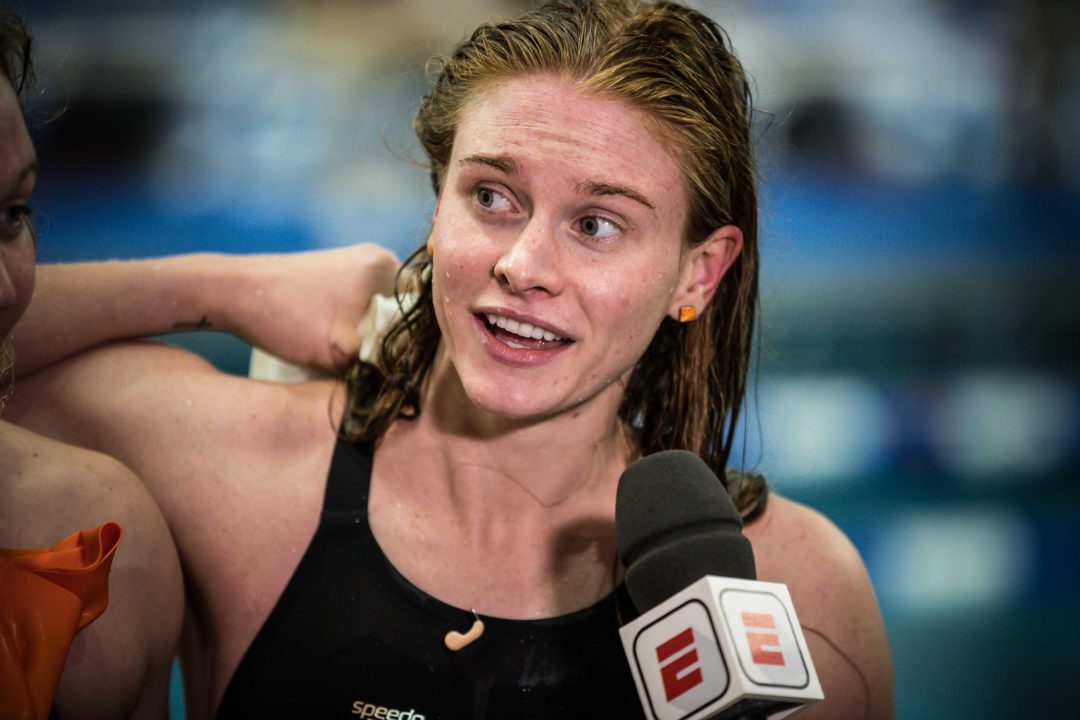 Erika Brown became the 2nd fastest 100 freestyle in the US this season with a 54.03, behind only Olympic gold medalist Simone Manuel. Current photo via Jack Spitser/Spitser Photography

Erika Brown and Gretchen Walsh threw down some of the fastest 100 freestyles in the nation this season on the final night of racing at the 2021 Dynamo Long Course Elite Meet. Brown won the event with a 54.03 while Walsh was 54.51 for second place.

According to current USA Swim Rankings, Brown becomes the second-fastest performer in the country for the 2020/2021 season with that swim, second only to Simone Manuel‘s 53.34 from the Stanford Invitational in November.

Walsh’s swim was also nationally-ranking but wasn’t actually her season-best as she hit a 54.37 in Nashville at the 2020 Toyota Huntsville meet in November.

Had Brown and Walsh been racing at the 2021 Pro Swim Series, San Antonio that occurred during the same week, they would have gone 1-2 in the 100 freestyle. There, Simone Manuel took gold in a 54.62 while Abbey Weitzeil was a 54.68 for silver and Katie Ledecky took bronze in a 54.74.

Ainsley Jones and Will Heck won the women’s and men’s 200 breaststroke events in 2:33.70 and 2:18.97, respectively. In the final event of the meet, Andres Dupont Cabrera won the men’s 100 freestyle with a 50.31, adding to his gold medal performance in the 200 free earlier on in the meet.

100 free times at this meet are rigged I swear…