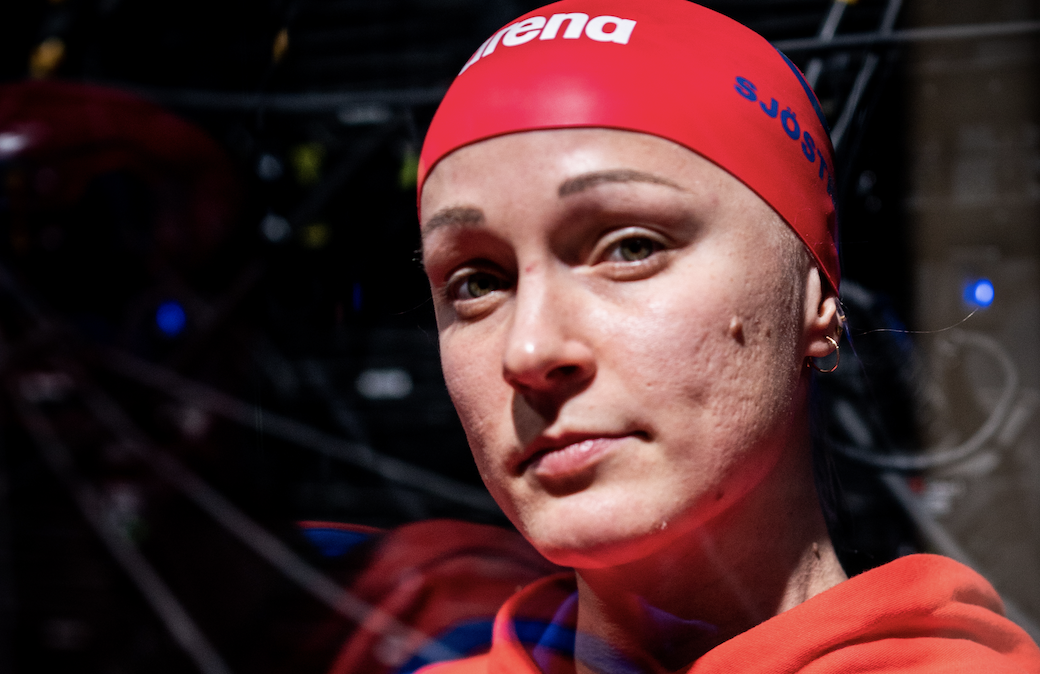 On Day 1 of ISL 2020's first semi-final, the Energy Standard women and London Roar men came out victorious in their respective 4x100 medley relays. Archive photo via Mine Kasapoglu

On Day 1 of ISL 2020’s first semi-final, the Energy Standard women and London Roar men came out victorious in their respective 4×100 medley relays.

As winners of the event, they also won the right to select which stroke the skins race tomorrow will be swum in and they have made the following selections;

The women’s pick is the less surprising choice of the two, as they will be able to utilize their all-star butterfly lineup of Sarah Sjostrom and either Anastasiya Shkrudai or Madi Banic. Sjostrom is certainly the favourite for Energy Standard, having a season-best of 24.95 from Match 10 where she finished 3rd behind Iron’s Kromowidjojo and Henique.

Banic is only 0.02 second behind Sjostrom, having notched a 24.97 victory at Match 6. She’s also hit a 24.99 and 25.00 at Match 9 and Match 7, respectively. Banic’s not too far behind in terms of individual speed but Sjostrom’s proven ability to stay strong throughout 3 rounds of the skins gives her the clear upper hand. This season, Sjostrom has won the skins twice, although both were freestyle.

At both Match 7 and Match 9, Sjostrom showed impressive control in the skins by splitting fairly evenly across all three rounds;

Shkrudai hasn’t been quite as fast as Banic this season with her best individual 50 fly at a 25.34 from back at Match 1.

Racing Sjostrom and Energy Standard’s second pick for the butterfly skins will be two sprinters each from London, Tokyo, and New York. So far this season, those teams’ top two swimmers in the 50 fly have been the following:

On the men’s side, London will rely on breaststroke weapon Adam Peaty in the 50 breaststroke skins. The decision was less clear cut for the Roar after Guido and Diener went 1-2 in the individual 50 back. Those two could have provided a solid bet for an all London third round but they ultimately went with Peaty following his win in the 50 breast this morning. Peaty swam to a 25.50 best time and won the event with a 12 point jackpot, stealing from New York’s Marco Koch;

Peaty and Prigoda are a solid duo for this skins event but will certainly face stiff competition from each of the three teams.

The race will feature 3 of the 4 teams that raced the breaststroke skins at Match 8 when London, Tokyo, New York, and Cali went head-to-head. In that race, London’s Peaty and Tokyo’s Yasuhiro Koseki went to the third round together with Peaty taking the win by 0.24 seconds.

At Match 2, however, New York’s Michael Andrew and Marco Koch both participated in the men’s breaststroke skins and each made it to the second round. They were both knocked out of the final as Caeleb Dressel and Emre Sakci went on to round 3.

With a rematch of Match 8, subbing Cali out for Energy Standard, Ilya Shymanovich and Felipe Lima will likely join the mix representing Energy. Following today’s individual 50 breast which featured a tight field and only 1.28 seconds separating 1st and 8th, and 0.56 separating 1st from 4th, we are sure to see some intense racing in the men’s skins.

I don’t know if I would have made the choice London made but I’m not the coach and Peaty swam really well today. Can’t wait for day 2.

I agree with their choice completely. Whilst Diener and Guido will probably get into round 2, there’s a risk of both missing out if Rylov and Kolesnikov swim well. Whereas, with Peaty and Prigoda, Shymanovich may beat one of them into round 3 but London will still have one athlete(guaranteed) in round 3 who can win.

Kolesnikov also hasn’t swam a 50 yet so he’s a bit of a scary unknown especially considering he’s the WR holder in long course.

Title says energy choose freestyle and the article then says they choose butterfly?