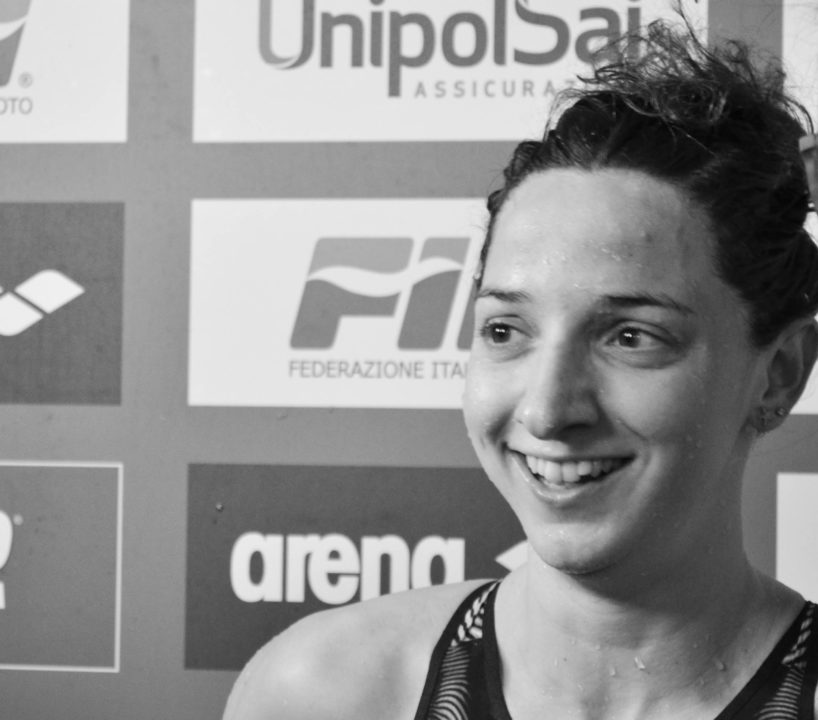 Elena Di Liddo set a new Italian National Record in the preliminaries of the women's 100 fly, producing a time of 57.18. Archive photo via Giusy Cisale

Elena Di Liddo set a new Italian National Record in the preliminaries of the women’s 100 fly during the opening session of the 2019 FINA World Championships in Gwangju, putting up a time of 57.18.

Comparing the splits of the two, they are nearly identical:

The 25-year-old Di Liddo came into the meet with a personal best of 57.38, set at the 2018 Sette Colli Trophy, and had been 57.51 in the event at that same competition this year (a time that had her tied for ninth in the world coming into Worlds).

Di Liddo was the bronze medalist in this event at the European Championships last August, and was also the silver medalist at the 2017 World University Games.