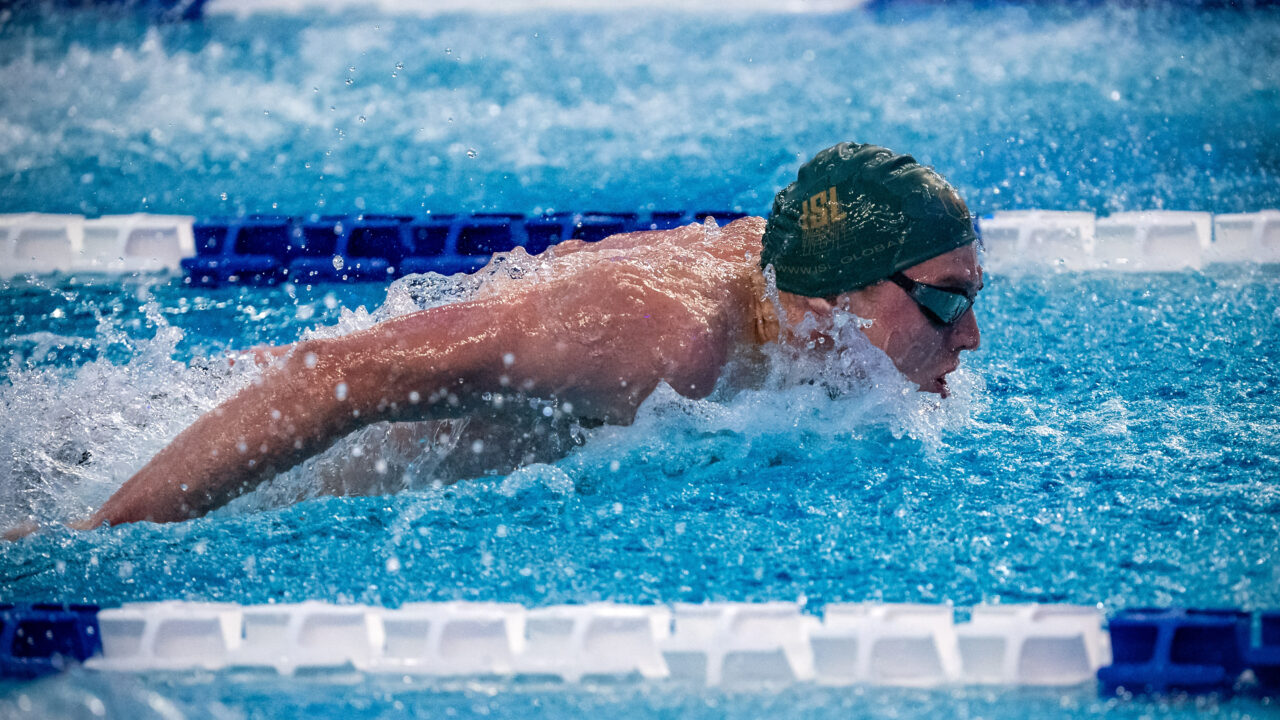 Duncan Scott first set the British 100 IM back in September and has just brought it down another 0.10 seconds to a 51.82. Current photo via Giorgio Scala / Deepbluemedia / Insidefoto

During the 4th playoff match of the 2021 International Swimming League season, London Roar’s Duncan Scott threw down a 51.82 to place second in the men’s 100 IM and set a new British record. The swim for Scott is an improvement upon his former PB and national record of 51.92 earlier this season.

With his record-breaking swim, Scott picked up 7 points for the London Roar and was second only to Cali Condor’s Caeleb Dressel who earned 10 points for his team with a winning swim of 51.67. Brett Pinfold followed with a 52.14 for LA, while Marco Orsi of Iron was 4th in a 52.26.

When Scott lowered the 100 IM record for the first time this year, he took the mark from James Goddard who held it for more than a decade. Goddard had swum a 52.05 back at a 2009 World Cup, meaning that by breaking that record Scott became the first British man under 52 seconds in history. Prior to this ISL season, Scott’s best time in the event was a 52.15, which he swam during semi-finals at the 2019 European Short Course Swimming Championships.

he can do better

Plus he was Roar’s first ever MVP today!