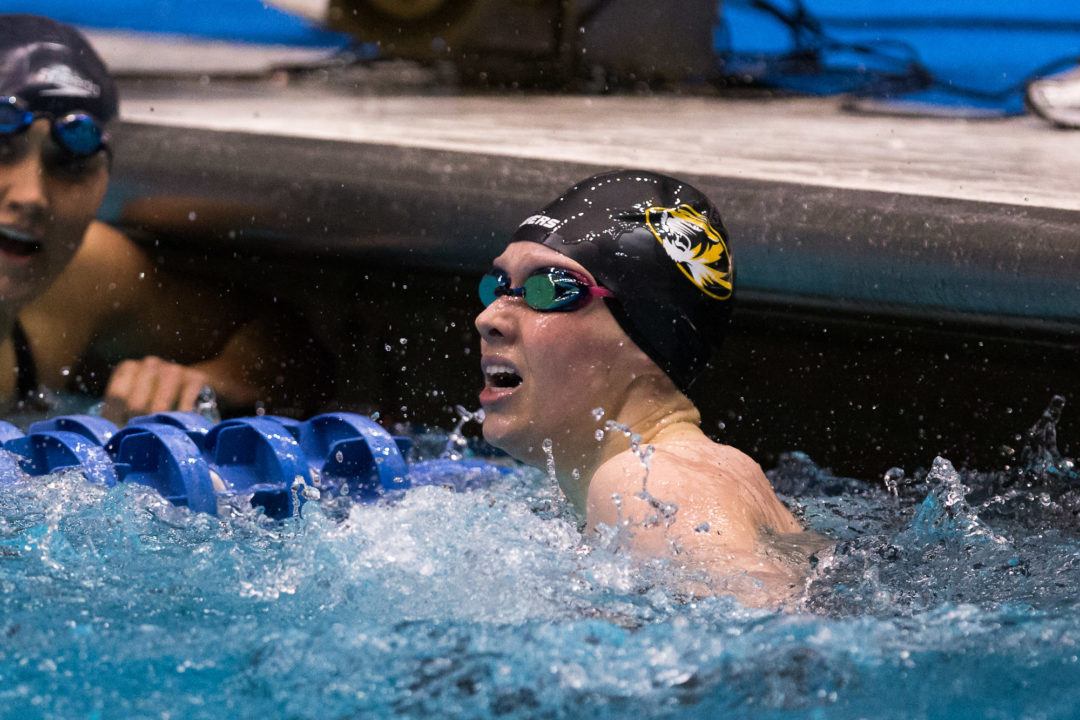 Canadian swimmer Dominique Bouchard, who trains as a post-grad at the University of Missouri, has qualified for the 2016 Canadian Olympic Team in both the 100 and 200 backstroke, and she celebrated Wednesday’s announcement of the official (sort of) entry lists from FINA with a win in the longer distance on night 1 of the 2016 Columbia Sectionals meet.

Bouchard swam 2:10.01 to win the event by 8 seconds, which is one of the better in-season times of her career. Although the Olympic Games are now just over two weeks away, making this a positive sign for Bouchard – last year, she swam to silver at the Pan Am Games final in a similar time (2:09-mid) and on a similar timing from the World Championships, which would see her go on to a lifetime best and a spot in the final.

do you mean breaststroke?

Never mind, the name and the times threw me into thinking mens breaststroke

Watch out for Jack Dolan in the future. A very good sprinter in the making.

He’s already a very good sprinter for his age group, great in fact.