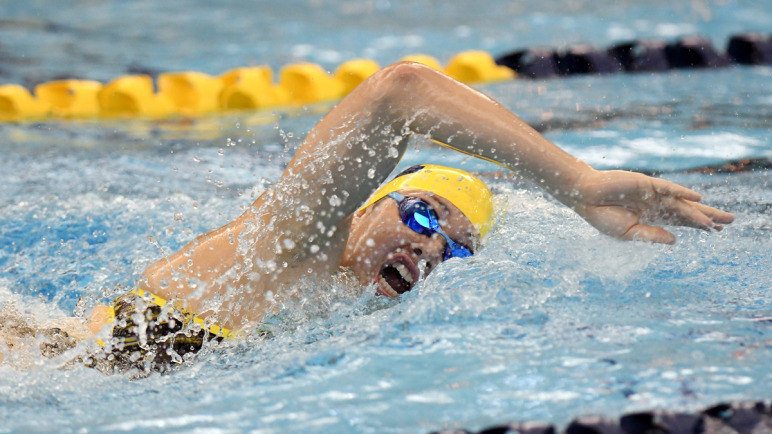 Siobhan Haughey finished first in record time but DQed tonight in the 200 IM for failure to finish on her back on the second 50. Current photo via Michigan Athletics 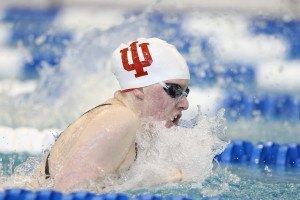 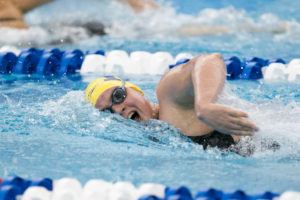 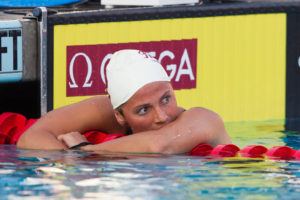 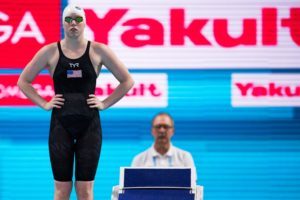 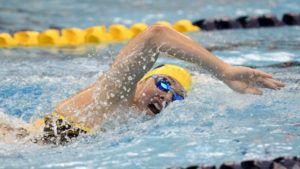 Defending Big Ten champion and 2016 Olympian from Hong Kong Siobhan Haughey of Michigan hit the wall first tonight in the 200 IM final at Big Tens, but a disqualification dashed her hopes at repeating the title.

The disqualification was for failure to finish on her back in the backstroke leg of the race.

The disqualification cost Michigan a crucial 32 points. Prior to the start of tonight’s 400 medley, the Michigan team sits third in the point standings with 309 to Wisconsin’s 326.5 and leader Indiana’s 329.

Haughey is seeded first going into both the 100 freestyle tomorrow and the 200 freestyle on Saturday.

MBottom must be furious. I bet he trys to get this overturned??? MI needs those 32pts!!!

It was an obvious DQ. Many people in the crowd went, “Oh!” when she did it.

Saw this infraction too many times at our conference. Kids: a sketchy/illegal IM back-stroke finish is only buying you a couple tenths, but with it you risk the whole race. Not worth it IMO.