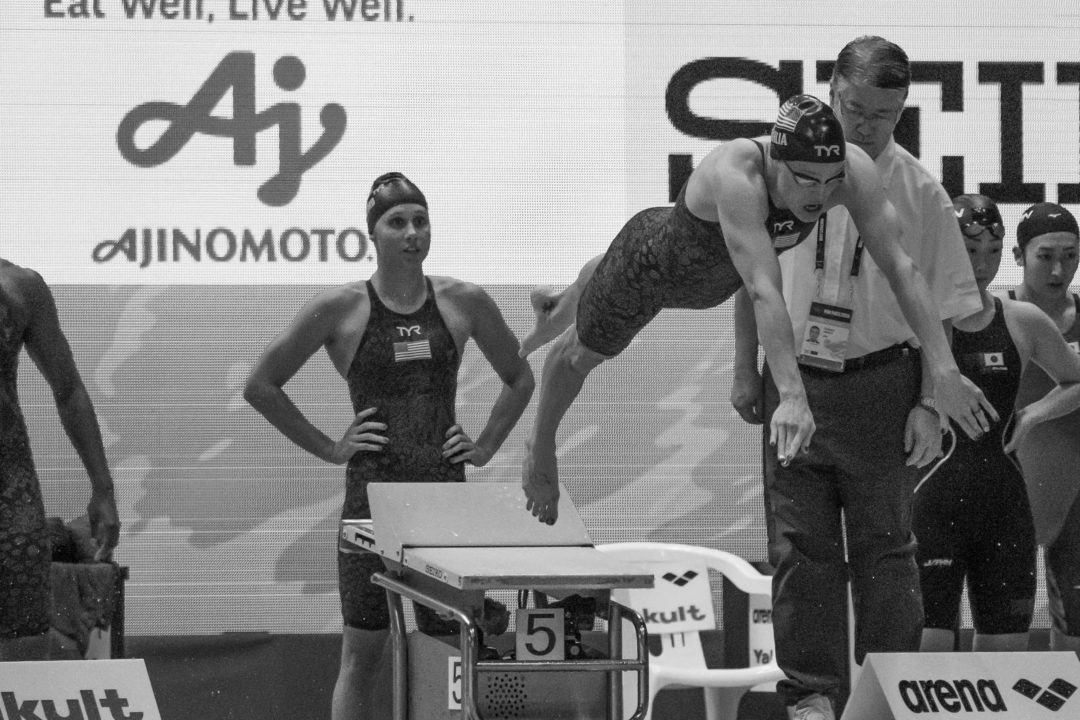 Kelsi Dahlia and Mallory Comerford will swim on both relays at day 2 finals in Hangzhou. Archive photo via Mike Lewis/Ola Vista Photography

The Americans have exchanged out seven of their eight swimmers from their relay prelim teams at day 2 finals in Hangzhou, as the women’s 4×50 medley will start the session off and the mixed 4×50 free will close things out.

They bring on Olivia Smoliga, Katie Meili, Kelsi Dahlia and Mallory Comerford in the women’s medley after swimming Kathleen Baker, Meili, Kendyl Stewart and Erika Brown in the heats, while Caeleb Dressel, Ryan Held, Comerford and Dahlia will contest the mixed 4×50 free after Michael Andrew, Michael Chadwick, Smoliga and Madison Kennedy swam in the morning.

The only other significant move in the women’s event was from Australia, who have bumped Emily Seebohm onto the fly leg, Holly Barratt (who swam fly in prelims) onto the free, and Carla Buchanan off the team.

In the mixed 4×50 free, Russia changes up three swimmers bringing on Vlad Morozov, Evgeny Sedov and Maria Kameneva, and the Netherlands have changed both their female swimmers as they add Femke Heemskerk and Ranomi Kromowidjojo. Brazil has made one change as they bring on Cesar Cielo.