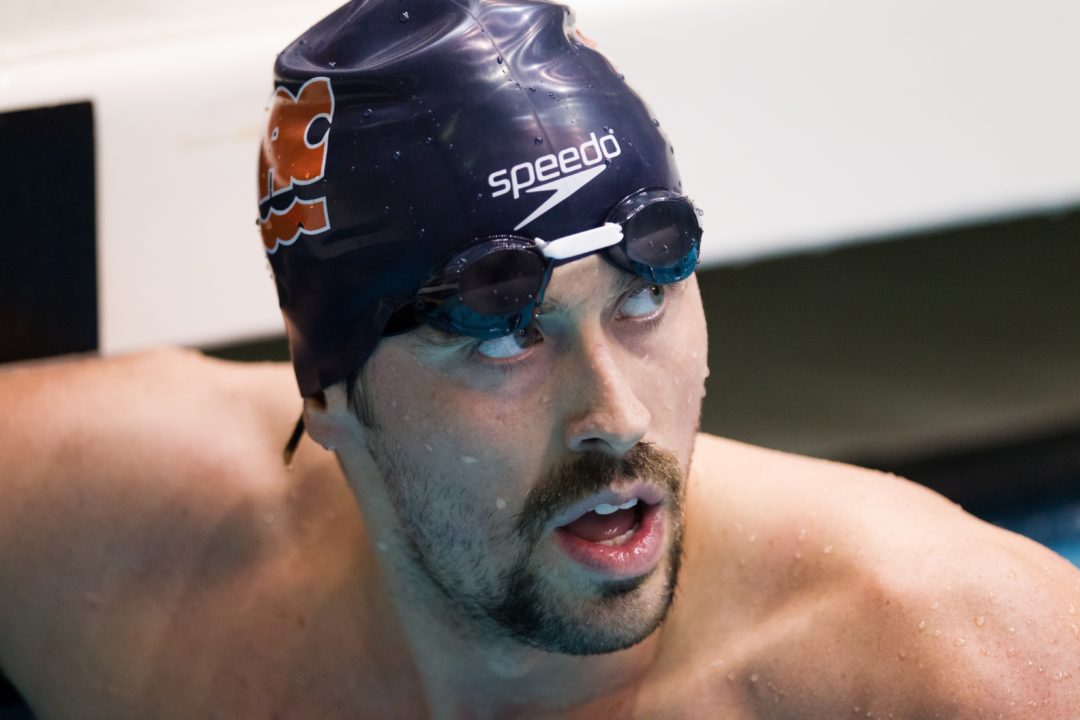 Michael Phelps isn’t the only big name, and relay candidate, who scratched the 100 free prelim. SwimMAC’s Davis Tarwater has scratched...

Michael Phelps isn’t the only big name, and relay candidate, who scratched the 100 free prelim. SwimMAC’s Davis Tarwater has scratched the race as well, presumably to save his energy for the 200 fly final now that he’s shown that he is in the mix for that event: his old nemesis.

This leaves him in danger of possibly not making the meet at all. He was a 49.0 at last year’s National Championships, and has looked even better at this year’s meet.

Now, with him and Phelps both out of this event (Tarwater is unlikely to be on it, though Phelps is) that opens up another spot both in the semi-finals and in the finals of the race.