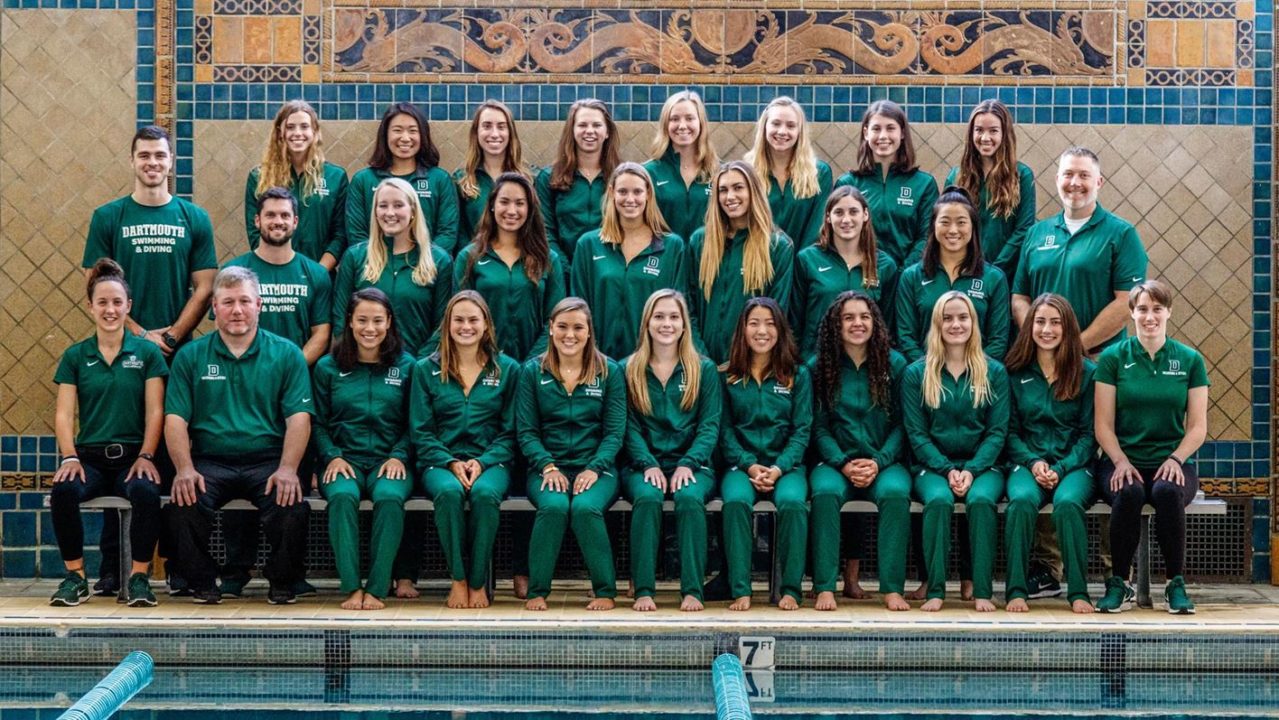 In December, Bryant sent a letter to Dartmouth President Phil Hanlon and Dartmouth Athletic Director Harry Sheehy on behalf of the women’s swimming and diving and women’s golf programs requesting their immediate reinstatement due to the Title IX violations.

Earlier Friday morning, Hanlon sent an email to the five teams expressing sympathy for the student-athletes and explaining the decision to reinstate their programs:

“This past summer, as part of a campus-wide effort to address pressing institutional challenges, we took the difficult step of eliminating five varsity athletic teams, including the sport in which you excel. I understand how profoundly disappointing this process has been for you, your teammates, and your families.

“As you will recall, in determining which teams would be eliminated, Athletic Director Harry Sheehy and his team established a series of factors and considerations to be used in the assessment. We have recently learned that elements of the data that Athletics used to confirm Title IX compliance may not have been complete.

“Later this morning, I will send a message to our community announcing that in order to ensure that we are complying to Title IX and fully living up to our institutional values of diversity, equity, and inclusion, we will immediately reinstate all five varsity teams and launch a gender equity review of varsity athletics. Your feedback will be solicited as part of this review.”

The former coaches of the programs will be offered the right of first refusal to return to their positions, according to Dartmouth Athletics’ FAQ. If they refuse the positions, the search for coaches will begin “immediately.”

For nearly 7 months the Dartmouth swimming and diving team, alongside multiple of the other cut varsity teams, have protested the athletic cuts. Here is a short timeline of some of those actions:

This is the second school in the past year to reinstate both their men’s and women’s swimming and diving programs. William and Mary first reinstated their women’s program after Title IX allegations and the reinstatement of their men’s program followed shortly afterward.

Bryant and his co-counsel worked on the Title IX cases for both William and Mary and East Carolina. In the Bailey and Glasser press release about Dartmouth’s reinstatement, Bryant said, “This is a huge victory for the women at Dartmouth who stood up for their rights, the entire Dartmouth community, and everyone who cares about gender equity and the law.

“Dartmouth screwed up royally. It publicly announced it was eliminating teams to comply with Title IX when their elimination flagrantly violated Title IX. This is the fifth college in the past few months that illegally eliminated women’s teams and then reinstated them when we confronted them. Schools need to get the message: Title IX has been the law for almost 50 years. It guarantees women equal opportunities, athletic financial aid, and treatment. If schools don’t provide that, the women can sue — and they will win.”

“To the Dartmouth community,

Last July, we announced the elimination of five varsity athletic teams: women’s
and men’s swimming and diving; women’s and men’s golf; and men’s lightweight
rowing. We made this difficult decision as one component of a broad
institutional response to increasing financial pressure resulting from our
looming structural deficit, exacerbated by the COVID-19 pandemic, and the
desire for more flexibility in undergraduate admissions.

To determine which teams would be eliminated, Director of Athletics Harry
Sheehy and his team established a series of factors and considerations to be
used in their assessment. We have recently learned that elements of the data
that Athletics used to confirm continued Title IX compliance may not have been
complete.

In light of this discovery, Dartmouth will immediately reinstate all five
teams. Furthermore, in order to ensure that we are complying with the law and
living up to our institutional values of diversity, equity, and inclusion, we
have commissioned the following reviews:

-Holland & Knight, a national law firm with expertise in Title IX compliance,
will conduct a gender-equity review of varsity athletics. It will request and
consider input from student-athletes and alumni, including those from the
reinstated teams, as part of the review.

-The Ivy League will conduct an NCAA compliance review of varsity athletics.

This comprehensive set of reviews will strengthen our practices and governance
structures and ensure that Dartmouth Athletics is fully compliant with all
Title IX, NCAA, and Ivy League policies.  The findings and recommendations will
be delivered to the Board of Trustees Committee on Audit and Oversight and me.
At the conclusion of the reviews, we will publish an action plan and take any
steps necessary to ensure compliance with Title IX and to address institutional
goals, priorities, and challenges. More information about the decision and this
process is available at
https://dartmouthsports.com/sports/2021/1/29/faq-reinstatement-of-athletic-teams-210129.aspx.

This has been a difficult year on numerous fronts. We know that many in our
community have been disappointed by the decisions we have made within Athletics
and across the institution. The news that the data used to confirm Title IX
compliance in connection with the team eliminations may not have been complete
only adds to that disappointment.

We sincerely apologize that this process has been, and continues to be, so
painful to our current and former student-athletes and all who support them.
Through the actions above, we will make sure that any future decisions will be
based on accurate data. Our sincere hope is that these reviews and team
reinstatements will create an opportunity for us to come together as a
community as we navigate the challenging times ahead.”

somebody has to lose their job over this quagmire…most like AD and company.

Should I send a recruiting email to them or…?

This is great news for the affected student athletes!

But I still have some questions. By reinstating the cut teams (2 women’s teams & 3 men’s teams), it seems that Dartmouth will be even further out of compliance with Title IX, right? So what will happen after this review? Will they turn around and cut some of these (or other) men’s teams? Add extra women’s teams? I’m concerned that this isn’t over yet.

5
0
Reply
Will
Reply to  DWSD_Alum

I was thinking the same thing. Before the cuts, Women made up 44% of athletes, after the cuts 46%. So, the cuts seem to have brought Dartmouth closer to gender equity. I am thrilled swimming is reinstated for women and men, but what next ? I may not understand the rules of Title IX, but it is concerning to think about.

1
0
Reply
DWSD Alum
Reply to  Will

Maybe there is some kind of safe harbor? If you maintain the status quo, you’re not open to liability, but you open the door by making changes? I’m not a lawyer, but it would be terrific if someone could explain this.

This is a very good question, and I too would really like to hear from someone knowledgeable. However, since this this is the internet, I will hazard a guess. A school can get away with being out of Title IX compliance as long as no one with standing objects. If the plaintiffs agree to drop their suit after the women’s programs are reinstated, the school is OK. But this is just an uninformed guess, and it has an obvious flaw. What would happen if other women demand that a school recognize a new varsity sport because the school doesn’t meet the percentage safe harbor of Title IX.

Rich you’re essentially right. Someone with standing has to make a complaint. Other than when programs are cut, the only time we ever see this is if a team feels that their facilities are not on par with male counterparts. For female athletes or students who think, for example, the school needs a new women’s team, it’s tough – you’ll spend a lot of time and energy on something that probably won’t benefit you.

It’s a delicate situation, because for the 90%+ of athletics departments in the country that are not cash-flow positive, the easiest solution is to add some end-of-the-bench women’s roster spots, and if the gap is too big for that, then just cut men’s programs. I think,… Read more »

3
-1
Reply
Will
Reply to  Braden Keith

Thank you for that explanation. It makes sense. I truly hope the swim teams are maintained and all the teams really.

Your answer was very helpful. Thank you. It’s interesting that in this case (and the W&M case), a Title IX suit actually save men’s programs.

How can the AD possibly keep his job after this? Take the letter the Dartmouth President sent out last year, replace terminating teams names with AD’s name. With all the same academic/corporate speak pablum.

Great win for the reinstated sports, but did so much needless damage to their programs.

Would love to see other programs that were cut follow suit and reinstate their programs.

So glad to see this great news!