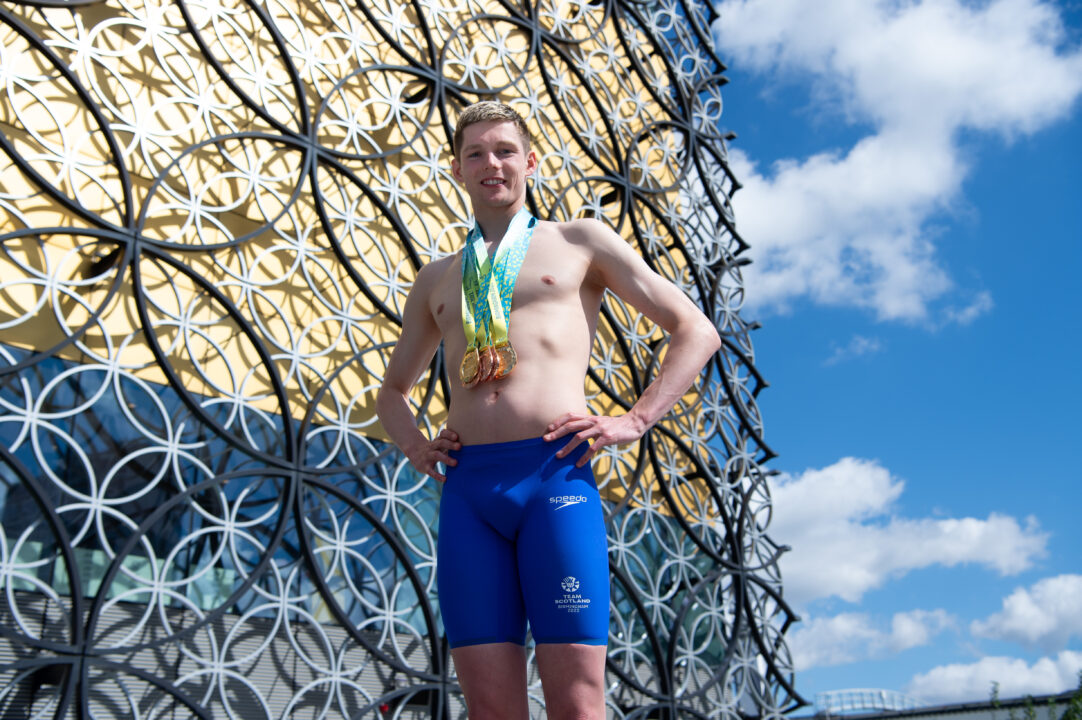 The 2022 European Championships are nearly upon us with the pool swimming action kicking off on Thursday, August 11th in Rome, Italy. Archive photo via Photo by Antony Jones/Getty Images for Speedo

The 2022 European Championships are nearly upon us with the pool swimming action kicking off on Thursday, August 11th.

The entry lists have been published, giving us a glimpse into the matchups ready to take place at Parco Del Foro Italico on both the men’s and women’s sides over the course of the 7-day affair.

We reported how two-time world champion David Popovici has opted to try the 400m free on for size, while Swedish superstar Sarah Sjostrom has limited herself to just the 50m fly and 50m free.

The aforementioned competed at the just-concluded Commonwealth Games, with Scott coming off of a bout with COVID-19. He opted out of this year’s World Championships, but the versatile ace bounced back with a massive 6 medals at the Games in Birmingham, including 200m free and 200m IM golds.

As Scott was never listed on the GB team announcement for euros it shouldn’t be a massive surprise that he’s not on the start lists.

Two of French World medalists Marchand and Henique are out.
Elendt and Miroslaw are out for Germany, probably because of clash with school.
Kenderesi and Kapas are out for Hungary.

Italy is the only powerhouse sending a whole team, which isn’t surprising as it’s the host nation.

Also no Renshaw, Wood, Burras or Jervis for GB, with Greenbank only doing the 200 Back.

It doesn’t matter how the times compare. The outcome will be the same.

If Euros are faster it will be “See Euros were faster, Comm Games is trash”.

If Euros are slower it will be “Comm Games swimmers had easier heats so their times don’t count, Comm Games is trash”.

I think it’s just poor scheduling for Comms this year with Budapest so close. What a hectic championship season. Both competitions suffer

CG dates were set some years before and did not move and likewise with Euros. Rather its a case of Worlds being suddenly shoehorned into the 2022 calendar, then called off then “on again” in close proximity to two other significant meets who’s dates were already set down.

What I meant^ apologies. Budapest being forced in there affects what could have possibly been a more intriguing Euros and comms.

Glad to see the kiwis get some shine, Summer Mc got a better 400 IM schedule, and Ben Proud did UK proud on home soil but comms seemed a little tired in some races.

Stronger on the men’s side; probably weaker on the women’s

Miss Belmont back in action !!

Roughly a half full-strength british team, excited to see how the rotation team steps up. Nice to see Holly Hibbott seemingly rejuvenated doing Fly tho – Its definitely a big weak spot for British Swimming right now!

Yes, we are in great need of a female 100m ‘flyer, and it looks like Brodie Williams could be the 100m backstroker we need for the relays in Paris.

In terms of backstrokers, it will be interesting to see how the three youngsters Adam, Marshall, and Somerset get on here. Marshall had some promising swims at Euro Juniors, and may well be GB’s next 100 backstroke hope.

Let’s hope so. It is a shame that this weak leg has prevented us winning Olympic medley relay gold.

Very upsetting that so many swimmers are not on the British team who could have been given a chance, but that is not the British selectors’ policy. There are events with one entry only and yet the next ranked swimmer could have made a final too. Very frustrating to see swimmers entered from other countries on much slower times, yet GB have not filled their 4 full spaces. Focus on relays and younger swimmers in preparation for Paris, means so many swimmers get overlooked.

How dare they focus on preparation for Paris – anyone would think they might be doing their job….
Let’s go back to big teams, swimming poorly and no medals….