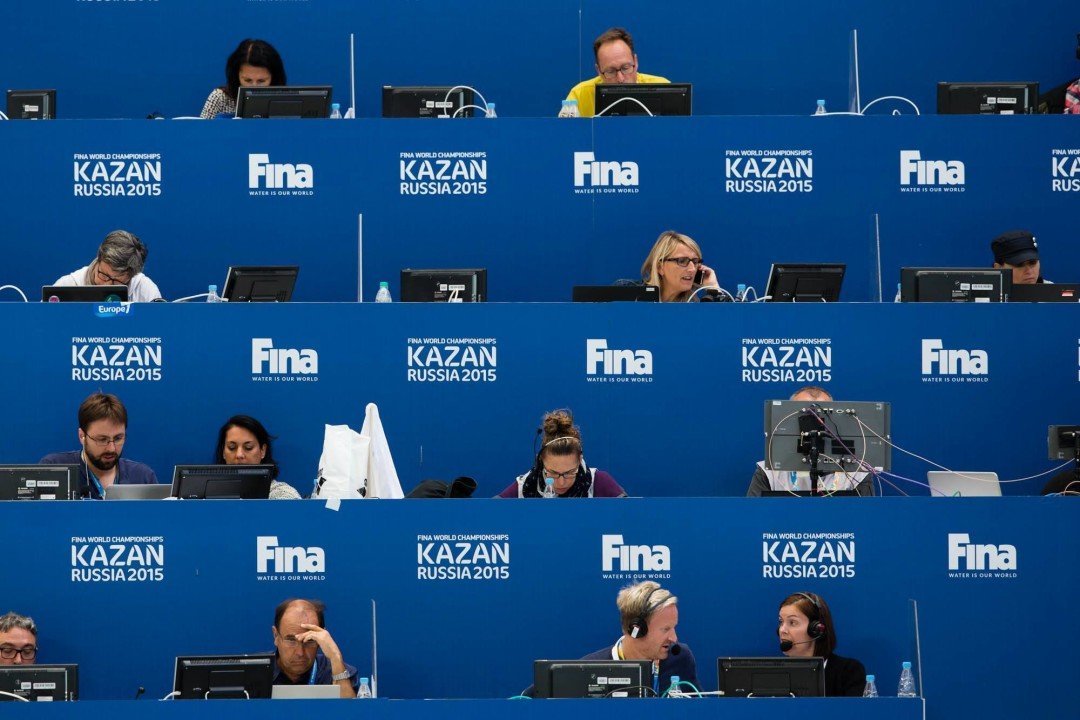 FINA Executive Director Cornel Marculescu has told a Mexican website that he doesn’t see any problem with the falsified times used to enter a vast majority of the Mexican team in last week’s World Championships.

The Romanian FINA executive told Notimex that there was no possibility of punishment for Mexico after what he referred to as “the best World Championships ever.”

This is despite concerns by officials at the Mexican Olympic Committee that there could be severe punishments, including blocking the Mexican swimming team from participating in the 2016 Olympic Games.

Marculescu says that there are no rules or sanctions in place for countries falsifying times, either for the federation or the athletes who voluntarily withdrew from the meet after discovering that the federation’s entries were not in line with the qualifying procedures.

Marculescu stated that entry times only matter to put swimmers in lanes, and since no Mexicans advanced to the semi-finals or the finals, he saw it as no problem – even after Mexican swimmers continued to participate following the revelations on SwimSwam that their entry times were falsified.

In many events, Mexico entered swimmers that did not have the appropriate qualifying times at all. In others, Mexico improved entry times so that both swimmers had “A” times, even when neither really had met such standards, which allowed them to have extra entries.

FINA leadership and media personnel continue to refuse to respond directly to SwimSwam on the matter at any level.

Then why have standards if you can just lie about the entry times??

Wish we could have gotten this clown for Tom Brady.

So what’s the point of the FINA A and B standards, then? Just let everyone in, since there aren’t any rules anyways….