Connor Jaeger Having Trouble Adjusting to the Dry Life (VIDEO) 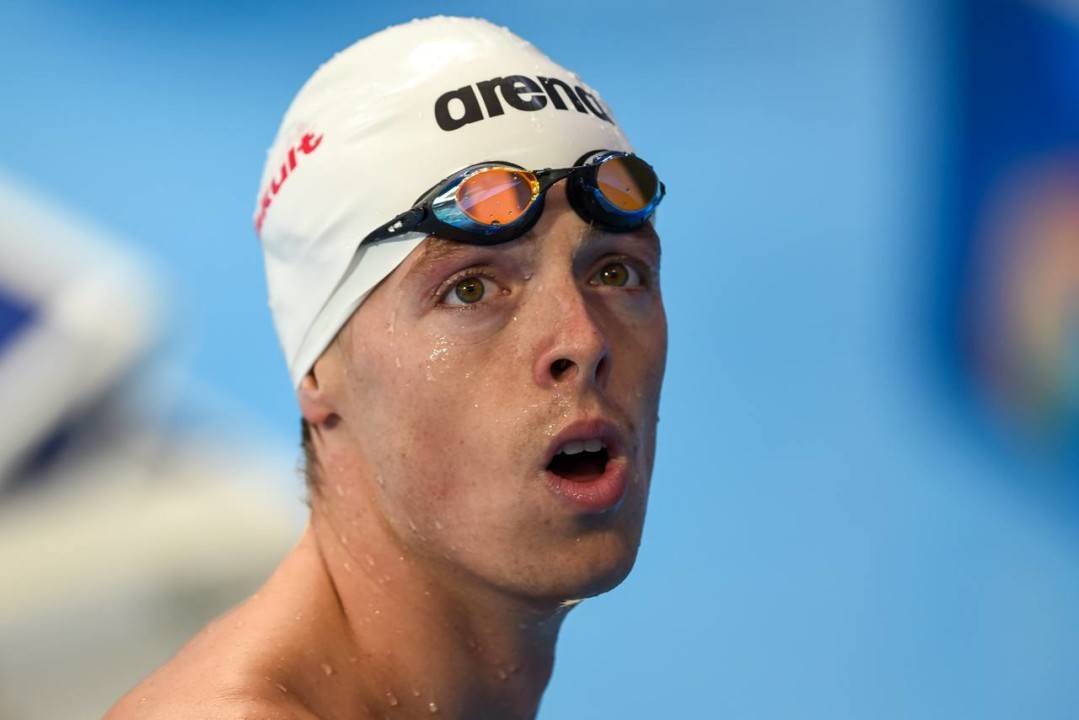 2016 Olympic silver medalist in the 1500 free Connor Jaeger has turned his ‘effectively retired’ into ‘officially retired’ from elite... Archive photo via Peter Sukenik/www.petersukenik.com

2016 Olympic silver medalist in the 1500 free Connor Jaeger has turned his ‘effectively retired’ into ‘officially retired’ from elite competitive swimming, but we’ll stop short of saying that he’s ‘hung up his goggles.’

In the video below, arena international takes us through a day in the life with Connor Jaeger. While he doesn’t get in the pool once in the short, he’s always ready – as all true swammers are – for a cold turkey, off-the-blocks, old-guy throw-down.

Olympian Connor Jaeger is a great ambassador to sport, but he's having trouble adjusting to to his post Olympic life. See here…. arena Water Instinct

Funny video! Good humor. Reminds me of the ESPN one with the leprechaun trying to steal Natalie’s gold from her office.

Sad to see one of my favorite swimmers retire, but having read the article where he explains it, I don’t blame him. Can’t say my decision would be any different.

Maybe it’s a distance swimmer thing, cause him and KL are both extremely chill when you listen to them talk, and then they dive in and suddenly they’re an absolute animal. It’s been fun to watch.

I saw another story in the Washington Post.about Connor and his transition from Olympic swimming.

He’s got multiple degrees and is obviously a hard worker. So hire him, already!

A great ending to his stellar career.

Could you please recap at swimswam who has officially retired this year among the big names in USA? And if you can, also the biggest names of other nations? Thanks.
Quickly in mind I have MP, Jaeger, Vreeland, DiRado, Grevers, Pelton, Bootsma and Leverenz for USA, Renwick and Tancock for GB, Schreuder and Verschuren for Netherlands, Alshammar for Sweden, Coutts, Sprenger and Bronte Barratt for Australia, Gilot, Balmy, Meynard, Perez Dortona and Agnel for France, Kitajima for Japan, Biedermann for Germany, Korotyshkin for Russia….
Is it correct? Other big names?
I need an update about Natalie Coughlin, Allison Schmitt, Micah Lawrence, Elizabeth Beisel, Cullen Jones, Ye Shiwen, Cesar Cielo and James Magnussen.

Nakimi Hoshi of Japan also retires. I remember there was news saying Cielo is going to continue competing

Thanks. I add Eugene Godsoe for USA. And I have not read anything official about Nick Thoman but we have not seen him in competition since US nationals in August 2015.

Thoman had injuries, and at 30-something did not want to keep fighting through them. Understandable.

Didn’t ASchmitt say she was going to grad school??

I believe Ye Shiwen will retire. She said before Rio that she’d be done after these Olympics. So assuming she will hold true to word, you can add her to the list.

Also, I believe Nick Thoman is retired. I recall that someone spoke to his father this year and he said his son was done.

Cullen Jones is NOT retired

Did Matt Grevers officially announce that he was retired?

No on Elizabeth Beisel.

As far i know Magnussen is training.
He wont an appearance til the new year.
Probably Victorian open or Nsw open.