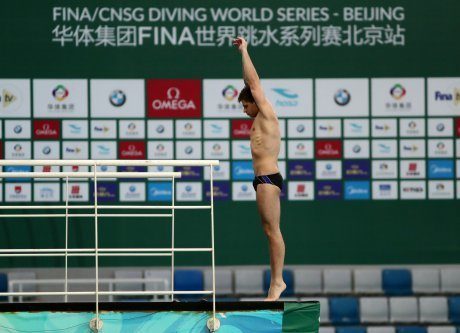 The first leg of the FINA Diving Grand Prix began yesterday in Madrid, Spain, the first of eight stops in total. The series will visit five continents and will conclude in Australia in November later this year.

Due to the Coronavirus COVID-19 outbreak, there are no Chinese divers competing this weekend. The decision for them not to travel was made due to the worldwide health risk that COVID-19 presents, with confirmed cases of the virus now in 29 countries globally.

The news comes after the announcement earlier this month that the Beijing leg of the FINA Diving World Series, which was set to take place on March 6th-8th, had been cancelled.

Earlier today, the first death outside of Asia due to COVID-19 was confirmed in France. The victim was an 80-year-old Chinese tourist who, according to the French health minister, had been hospitalised since January 25th.

Virtually all flights to mainland China have been suspended, with many European airlines announcing that suspensions will continue into March and April. 70% of Chinese aircrafts have been grounded, meaning very few flights are currently departing from China.

Chinese divers excelled throughout last year’s circuit. The fourth meet was held in Madrid which saw Wei Ying claim gold in the women’s 3m springboard (312.60), and a second gold in the synchro springboard with partner Huang Xiaohui. Zhang Minjie won the 10m platform (336.15).

Their countrymate Yang Lin also won two golds at that meet in the men’s 10m platform (446.55) and 10m platform synchro alongside Yuan Song. There were also silver medals Ma Tong and Tai Xiaohou in the women’s and men’s 3m springboard, respectively.