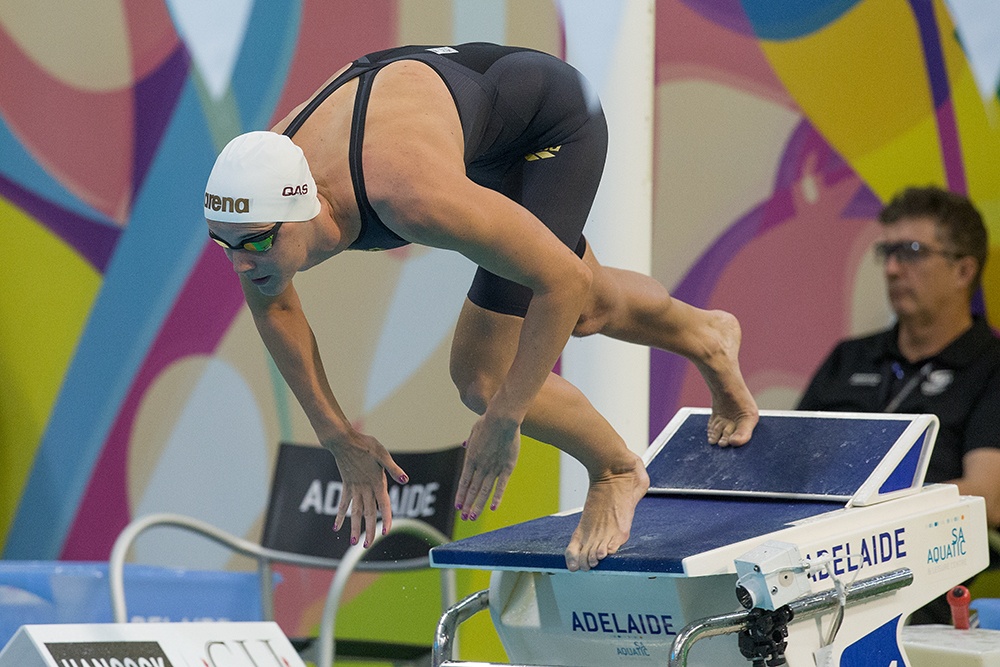 Powerhouse swimming nation Australia saw ups and downs on the first finals session of these 2017 World Championships, which rendered the Dolphins collecting two silvers overall on the day.

16-year-old Ariarne Titmus raced her way to a valiant 4th place finish in the women’s 400m freestyle at just 16 years of age, while big Mack Horton secured silver in the men’s version of the 400m freestyle behind rival Sun Yang of China. However, the men’s 4x100m freestyle relay was disqualified, leaving another possible medal on the podium for another team to snatch up to end the men’s events on a sour note.

The women’s 4x100m freestyle relay, however, rebounded the team’s spirit by earning an impressive silver medal, even with a significant disadvantage since winning gold in Kazan, as well as Rio. Their star swimmer, former world record holder in the women’s individual 100m freestyle until tonight, Cate Campbell, has opted out of competing at these championships in the name of physical and mental well-being. Her partner-in-crime, sister Bronte Campbell, who was the double world champion in the women’s 50m and 100m freestyle in Kazan, has since been dealing with shoulder injuries. Her coach, Simon Cusak, even commented that, ‘whatever she swims [in Budapest] will be done on sheer guts.’

But, leave it to the foursome of Shayna Jack, Brittany Elmslie, Emma McKeon and Bronte to indeed depend on those ‘sheer guts’ to get the job done to land on the podium regardless, notching a collective time just over a half a second off of their gold medal-winning time from Kazan.

Making her World Championships debut, 18-year-old Jack led off in a slick 53.75, followed by an all-things-considered monster split by Bronte in 52.14. Olympic relay swimmer Elmslie maintained course in 53.83 to set-up McKeon with a terrific finishing effort. McKeon, who had just fired off a time equal to the Australian and Commonwealth Record in the women’s 100m fly earlier this same session, nailed the final leg in a super quick 52.29.

With a relatively un-tested Jack, an ailing Bronte and an absent Cate Campbell, the Aussie women’s 4x100m free relay could have easily taken a wrong turn to find themselves out of the medals. But the women pulled it together with the help of the veterans to fall just .29 off of the Americans’ time tonight to add a shiny silver medal to help stir up momentum for the remainder of the meet.

Of her individual performance within the relay, Bronte stated, “I’m really happy with that time, I wasn’t really expecting very much.”

“If this meet was a day earlier we might have been in a bit of trouble. I was just getting over sickness, but it’s all good, we made it to the start line, and I’m really proud of how everyone swam.

“It was a pretty tough ask out there, especially when you’ve got Sarah leading off in a 51.71 which I think was the fastest split in the entire race – and it happened in the lead off, which is pretty unheard of. It was a great race to be part of and I’m just proud everyone that they stepped up.”

overall not too bad for Australia

The AUS women gave it a good fight.

Maybe back in Australia, people are looking cross-eyed at Cate Campbell, wondering why she couldn’t show up and swim a relay leg for her country. She could have split a 52 + probably, and AUS would have the gold medal and the glory.

but the Commonwealth Games are the biggest swimming competition in the world. she has to be healthy for that…

a Tongue in cheek statement I hope…

Huge tongue is cheek statement, but the Comm games allows Australia to win golds like the US does at the Olympics & makes the media feel good about themselves.