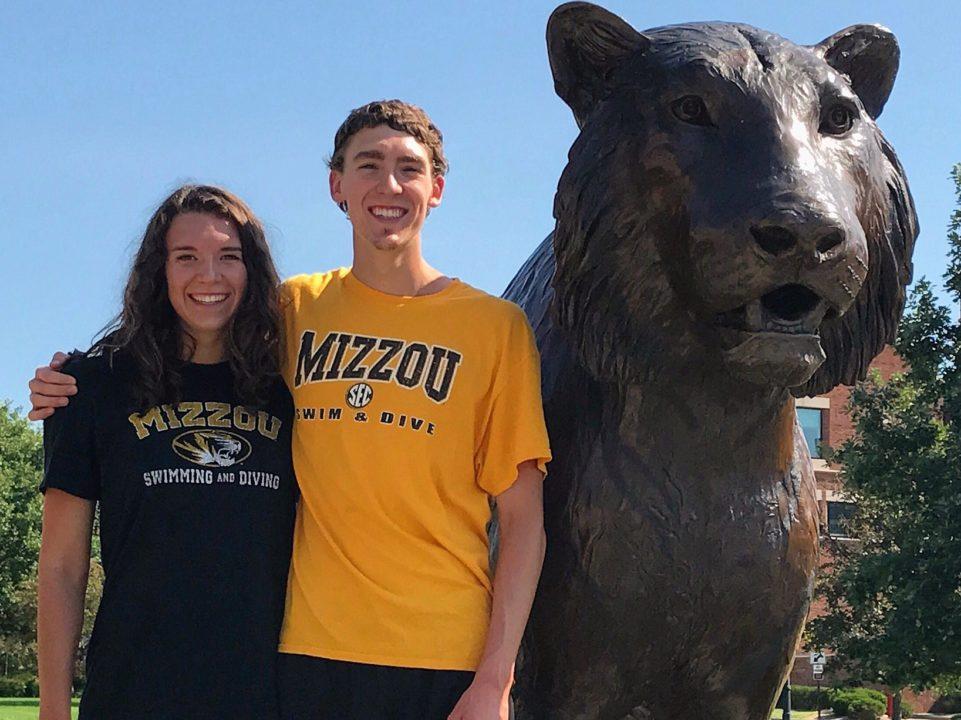 Jack Dahlgren from Victoria, Minnesota has verbally committed to the University of Missouri, where he will join his sister, rising junior Kylie Dahlgren. Current photo via Kim Dahlgren

Jack Dahlgren from Victoria, Minnesota has verbally committed to the University of Missouri, where he will join his sister, rising junior Kylie Dahlgren.

“After much heartfelt thought and consideration, I am thrilled to announce my verbal commitment to further my education and swimming career at the University of Missouri!  Watching the success over the last couple years of not only the program, but more importantly my sister, Kylie, proved to be enough to convince me to join the Tigers.
I want to thank my family, friends and coaches for helping me reach the goal of swimming at a Top Division 1 program and being there for me throughout this entire process. Go Tigers!!”

Swimming with his club team at 2016 Winter Juniors West, Dahlgren was a B finalist in the 200 free (16th) and 200 back (16th) and a C finalist in the 100 fly (23rd). He contributed to the Aquajets’ national-champion 4×100 free relay at 2016 Summer Junior Nationals. His top SCY times, and their progressions during his high school career, include:

I am so excited to announce my verbal commitment to swim at the University of Missouri!!! ?#MIZ pic.twitter.com/3RPGvOo7OC

Congrats to JD and his family!

Jack Dahlgren is a terrific kid, amazing teammate and an absolute beast in the water. Mizzou is the lucky one in this deal. We look forward to watching Jack’s college career take off in Columbia and the SEC. Congratulations Jack, Kylie, Mom and Dad!