Caspar Corbeau Exposes Himself as The Guy With the Horn 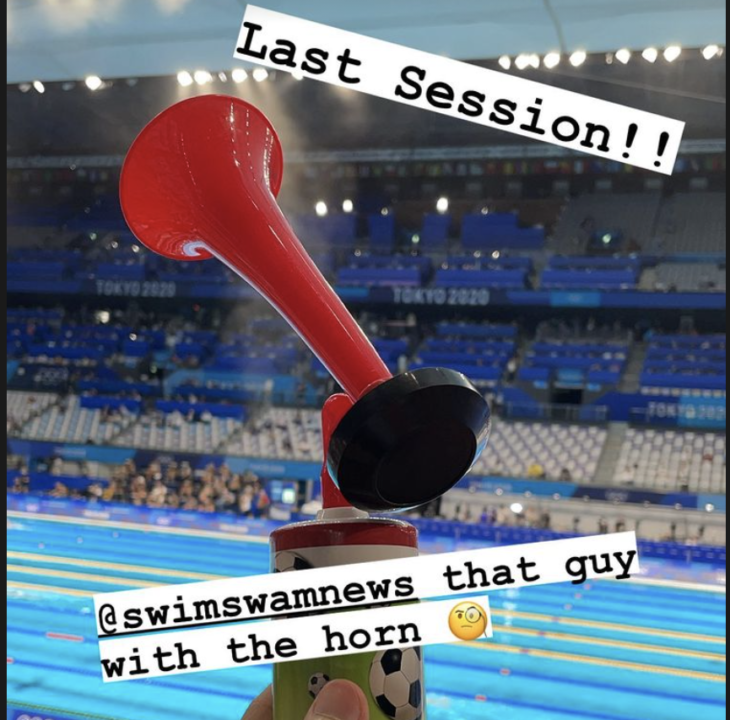 Did you hear six horn blasts before almost every final? Well, the guy with the horn has revealed himself as Caspar Corbeau of the Netherlands. Current photo via Caspar Corbeau

With only the athletes and coaches filling the stands of the Tokyo Aquatic Center, their cheers are twice as loud to make up for a no-spectator Olympics. Among the shouts and claps, however, were the distinct sounds of airhorns, one that is. Before just about every swimming semi-final/final, six horn blasts would go off as the swimmers stepped on the blocks. Well, the guy with the horn has revealed himself as Caspar Corbeau of the Netherlands.

From the timing of the blasts, we suspected it was someone from the Dutch team, but the frequency of the blasts fogged our guesses. While Corbeau was not the only person with an air horn, but his signature blasts would go off every time the finalists hopped on the blocks.

Corbeau owns dual citizenship in the Netherlands and the USA, swimming with Sunset High School and Tualatin Hills Swim Club out of the Portland/Beaverton, Oregon area. Corbeau currently competes at the University of Texas, where a few Tokyo 2020 Olympians also hail from, giving him a lot to cheer for.

Ooh ahh you got him 😂

Twist of the century tbh

Can we deport him please?