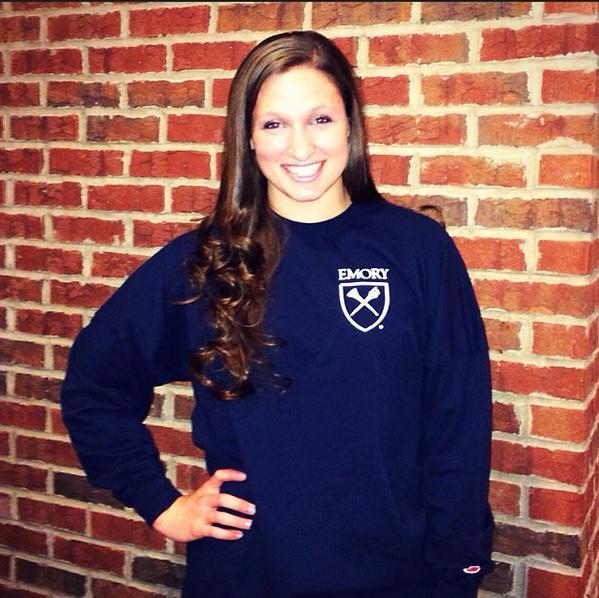 Claudia Sherman, from Carmel Swim Club, has made a verbal commitment to Emory University.

Claudia Sherman, who swims for Carmel High School and Carmel Swim Club in the eponymous city in Indiana, has given her verbal commitment to the Emory Eagles for 2015-16.

Sherman is primarily a fly/free specialist whose times over the last two seasons include:

Sherman was a 500 free finalist for the state champions Carmel High School at the 2014 Indiana High School Girls Swimming/Diving Championship. Heading off to Atlanta, Sherman will add strength to the 2014 NCAA Champions’ Emory Eagles lineup. Her 500 free time would have placed her in the B-final at NCAAs, and her fly times aren’t too far outside of scoring range.

Emory brought in an enormous freshman class this year. Most of their big scorers at 2014 NCAAs either graduated after last season or are seniors this year, so the Eagles are working to keep their legacy intact with recruits like Sherman.

GO CLAUDIA!!! She is going to be such a successful person, in and out of the pool! Great choice for her.

Way to go, Claudia!!!! You have a very successful future ahead.

I am very proud of you for all your accomplishments. Best wishes for a wonderful college career.