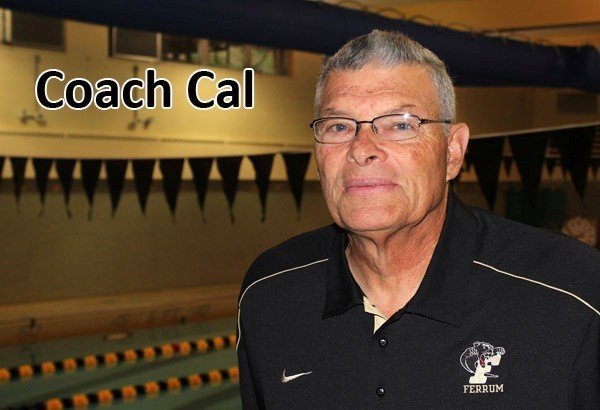 Calomeris came to Ferrum in October 2012 from Lexington, Virginia, to serve as women’s swimming coach. At the time of his hiring, Calomeris also began recruiting for a men’s swimming program, which launched in the fall of 2013. His men’s swimming team currently has a 2-0 record this season, while his women are 1-2.

A former police officer with Prince George’s County, Maryland, Police Department, Calomeris eventually earned the rank of detective before retiring after 20 years on the force.  He is a member of the Fraternal Order of Police Lodge 89, and holds professional membership in the College Swimming Coaches Association of America and the International Swimming Hall of Fame.

Details for Coach Calomeris’ arrangements will be announced shortly.

The above is a press release written by Ferrum College.

I am in shock- coach thank you for all you did for the 1996 Paralympic swim team. You were there to help bring a diverse group of athletes together- we achieve more than we all thought. I can remember several conversations about swimming is a metaphor for life. Thank you, thank you thank you- we all are grateful– so sorry for your family– Julie Wolfe beadle, member, 1996 Paralympic team

He was the perfect coach for me and my career. He was a great friend that called frequently to tell me how proud he was of my coaching career. RIP Cal…you are hugely missed already.

I’ve known Tom for years….he coached both of my sons at Catholic U in DC….great guy with a terrific dynamic attitude toward the sport of swimming and life in general. ….a big loss.