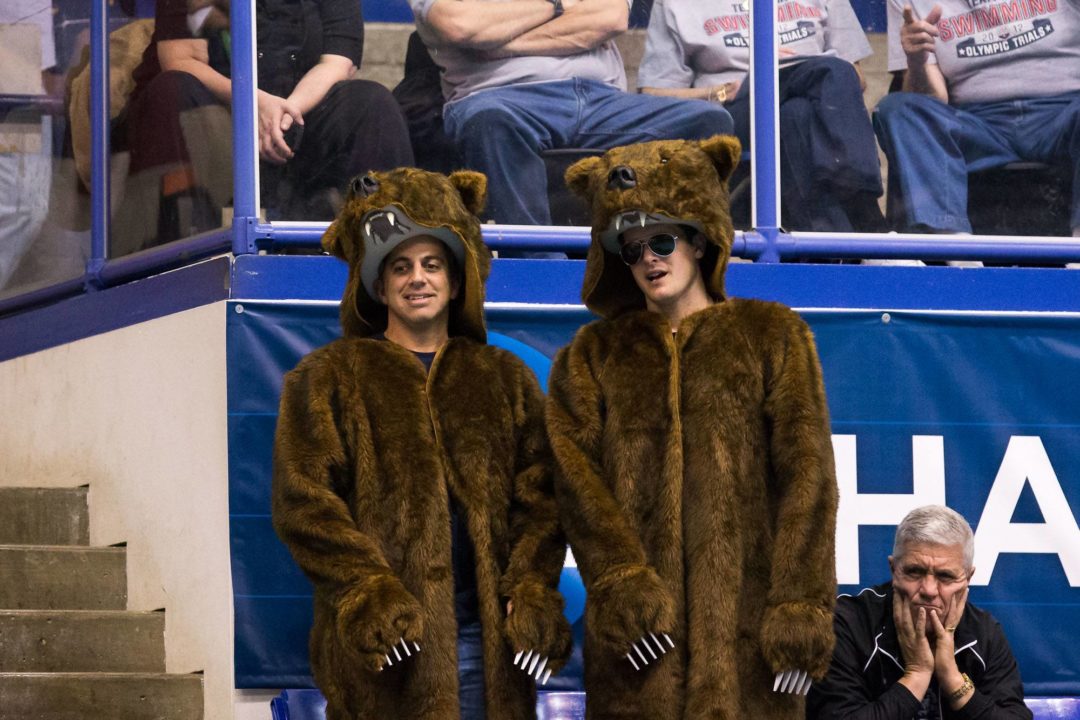 The Cal Golden Bears have completed their incredible medley relays for next season, which will surely break some NCAA Records. (Photo: Tim Binning/TheSwimPictures.com)

Teri McKeever, it appears, has proverbially responded to the criticisms over Cal’s need to bring in a big-name breaststroker to join the depth of talent that this Cal program has on the backstroke, butterfly, and freestyle legs.

Garcia has been 31.2, 1:07.0 and 2:22.2 in the long course breaststrokes, all earlier this year. Those times convert to 58-mid and 2:04-mid in yards, which are both significantly faster than Cal had last year and should put her immediately into the top 5 at NCAA’s.

Next year, Cal’s medley relay looks something like this:

Scary, and Garcia’s addition really brings these medleys to a point. Cal now looks like the big favorites to win next season’s team NCAA Championship. The Cal medley relay, even if made up of just freshmen and sophomores, could legitimately medal at the World Championships

You shouldn’t refer to Marina with Urzainqui, Garcia is her proper last name. Under the Spanish naming customs children get one last name from their fathers (Garcia) and one from their mother (Urzainqui). Garcia, her paternal last name, however is the one under which she is probably more popular in her home country.

Luckily they don’t swim on paper, so we’ll actually get to see all of the best teams race before we crown a champion.