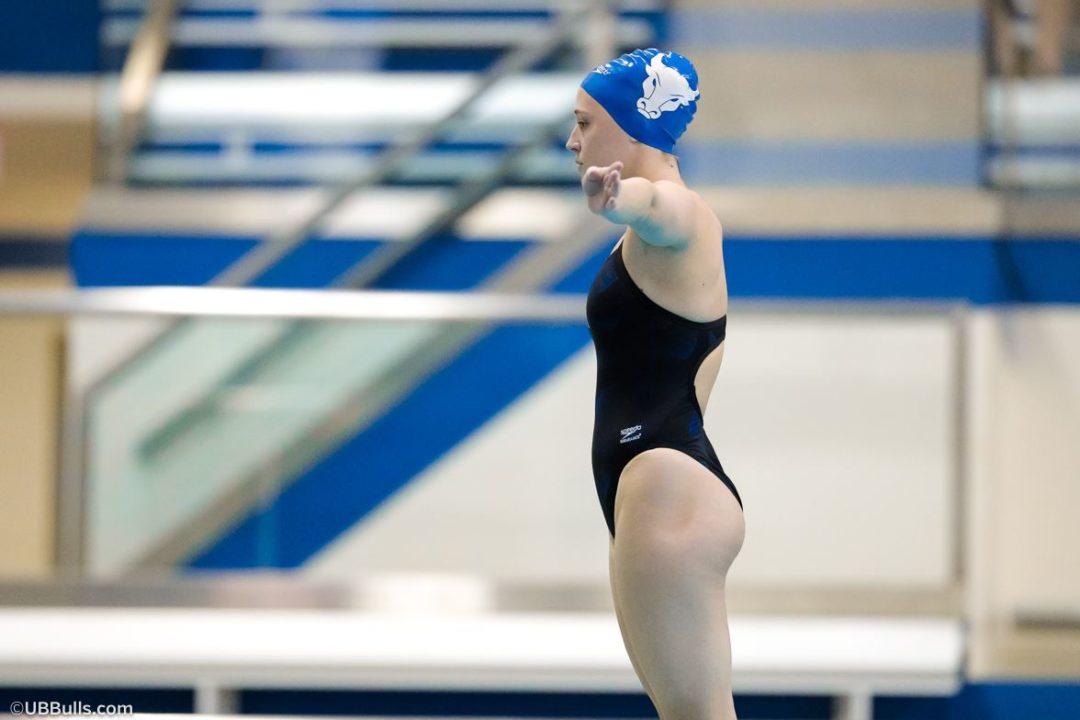 BUFFALO, N.Y. – The University at Buffalo diving team hosted the UB Diving Invite held in the Alumni Arena Natatorium that began on Friday morning. The Bulls showed dominant performances from all of their divers.

Day One Recap
Day one of the invite started with the women’s teams starting on the 3-meter dives. The Bulls dominated the first day as they swept the top-three positions. Victoria Franz left no doubt that she was the best diver on the day. She won the preliminaries with a score of 287.65 then won by over 70 points in the finals with a score of 342.80. Journi Northorp finished in second place with a score of 271.75. Patricia Arceri scored a 266.30, good for third place and a season-best. Isobel Holcomb had a solid outing as she finished in fifth place with a season-best 223.60.

Day Three Recap
Day three at the UB Diving Invite concluded with platform diving. This was just the second time this season that the Bulls competed in such event. Victoria Franz lead the way for the Bulls in the platform dive as she finished the day with a season-best and a second place finish by scoring a 229.05. Journi Northorp placed fourth with a score of 214.55 as Patricia Arceri finished in fifth with a score of 196.75.

The Bulls will return to the pool on Saturday, Jan. 18 as they host MAC rival Ohio. The dual meet is set to begin at 11 a.m. at the Alumni Arena Pool and Natatorium.