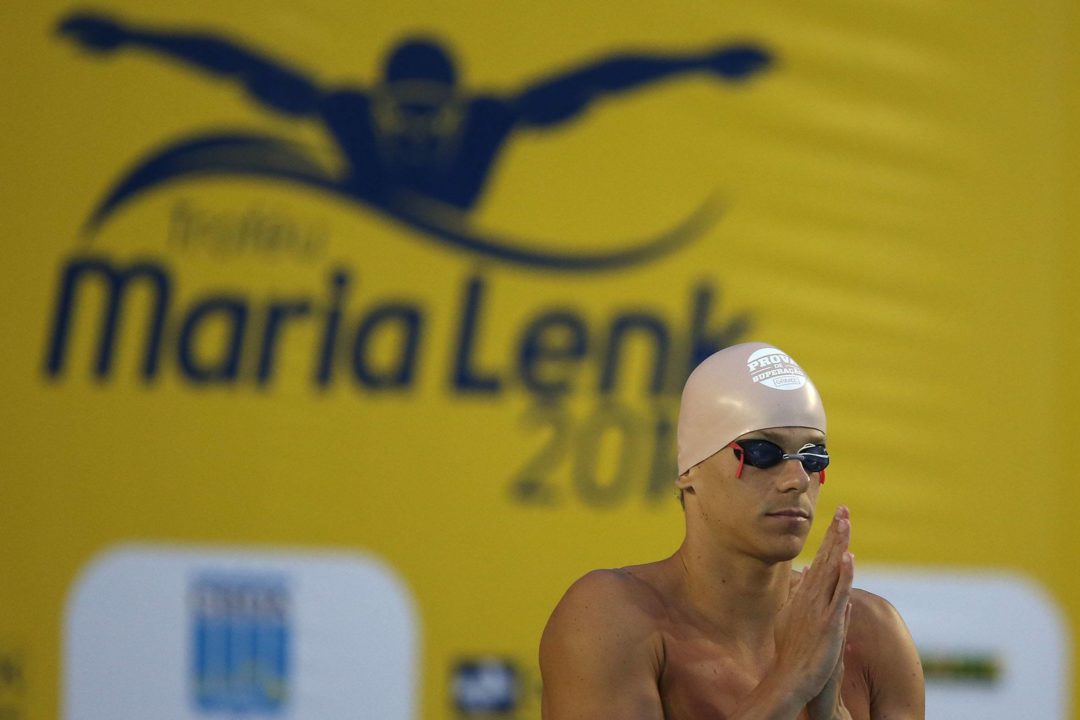 The 2016 version of Brazil's national championships will be open to foreign athletes and will serve as the official test meet for the Rio 2016 Olympic Games. Archive photo via Satiro Sodre/SSPress

Brazil’s 2016 National Championships, known as the Maria Lenk Trophy, will serve as a test meet for the 2016 Rio de Janeiro Olympics, according to SporTV’s Blog do Coach.

What that means is that the meet will be open to foreign swimmers and will follow meet procedures very close to what will be used in the Olympics, allowing the meet hosts (and swimmers) to test out the process. It hasn’t been announced yet if the meet will move to the new Olympic pool, which is to be built at Olympic park. That probably depends on how smoothly construction goes on the brand-new facility over the next year and a half.

This is similar to what London did in the lead-up to the 2012 Olympics, combining an Olympic test event with their own nationals. In 2012, foreign swimmers were only allowed to swim in prelims, but according to SporTV, foreign athletes will be able to compete in the A finals at Maria Lenk in 2016, though the B final will still be reserved for Brazilians only.

The 2016 Maria Lenk Trophy is also serving as the third and final Olympic qualifying meet for Brazil. The first will be next summer’s World Championships in Kazan, Russia, where any times put up will be eligible to earn an athlete a spot on the Olympic roster. The second meet will be the 2015 Brazilian Open, with the 2016 Maria Lenk meet serving as the final selection meet.

This, of course, is all dealing with the Maria Lenk Trophy in 2016 – next year’s version, happening in April of 2015, will be a traditional Brazilian National Championship.