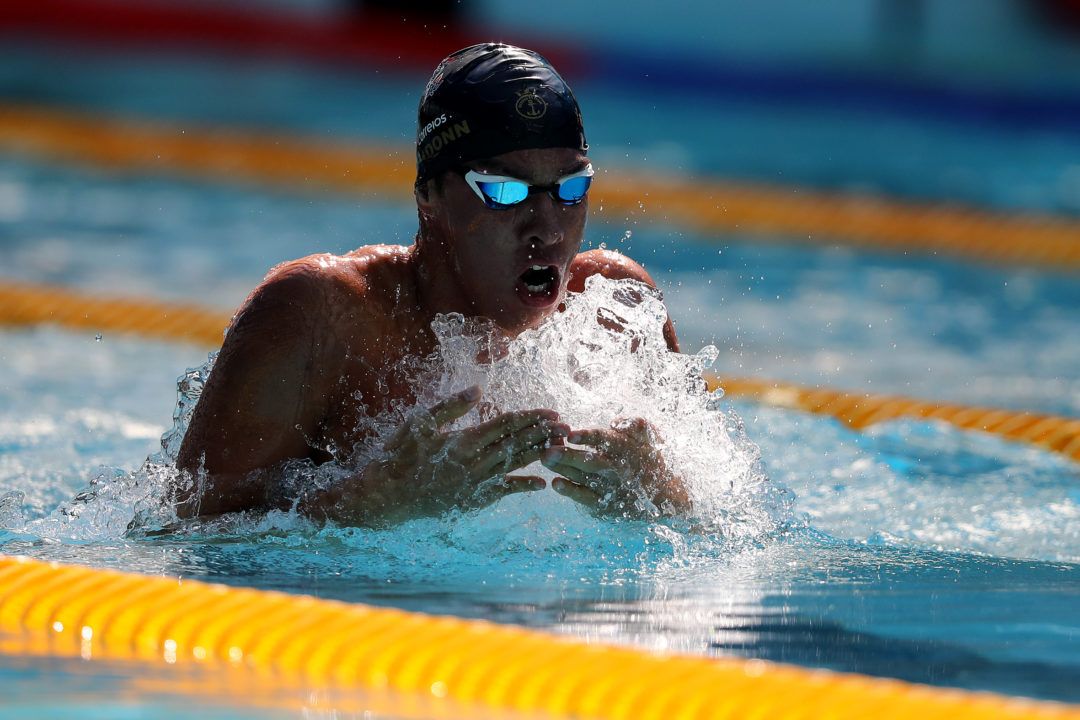 Brazilian IMer Brandonn Almeida is switching clubs and coaches, leaving Corinthians after 14 years with the club. He’ll now swim for SESI-SP and be reunited with Carlose Henrique Matheus, who coached Almeida as a junior.

Almeida was at one point arguably the most exciting young swimmer in Brazil. By the age of 16, he was already competing at World Juniors in 2013, and he returned as an 18-year-old to win 1500 free gold and 400 IM silver at the 2015 edition of the event. He also broke a world junior record that year in the 400 IM.

Almeida was an Olympian in Rio at the age of 19, and won Short Course Worlds bronze in 2018 and Pan Ams bronze this past summer, both in the 400 IM. According to Brazil’s SporTV, Almeida had trained for Matheus during his banner 2015, 2016 and 2017 seasons when both were with the Corinthians club.

Almeida has a long history with that club. SporTV reports that Corinthians’ has a starting block named after Almeida.

The Brazilian IMer had briefly left the club to train in the United States in 2018. He joined the South Carolina Gamecocks, debuting in February of 2018 and swimming through the NCAA Championships that spring. But he elected to return to Brazil, a decision that came in the same offseason as South Carolina lost distance coach Mark Bernardino.