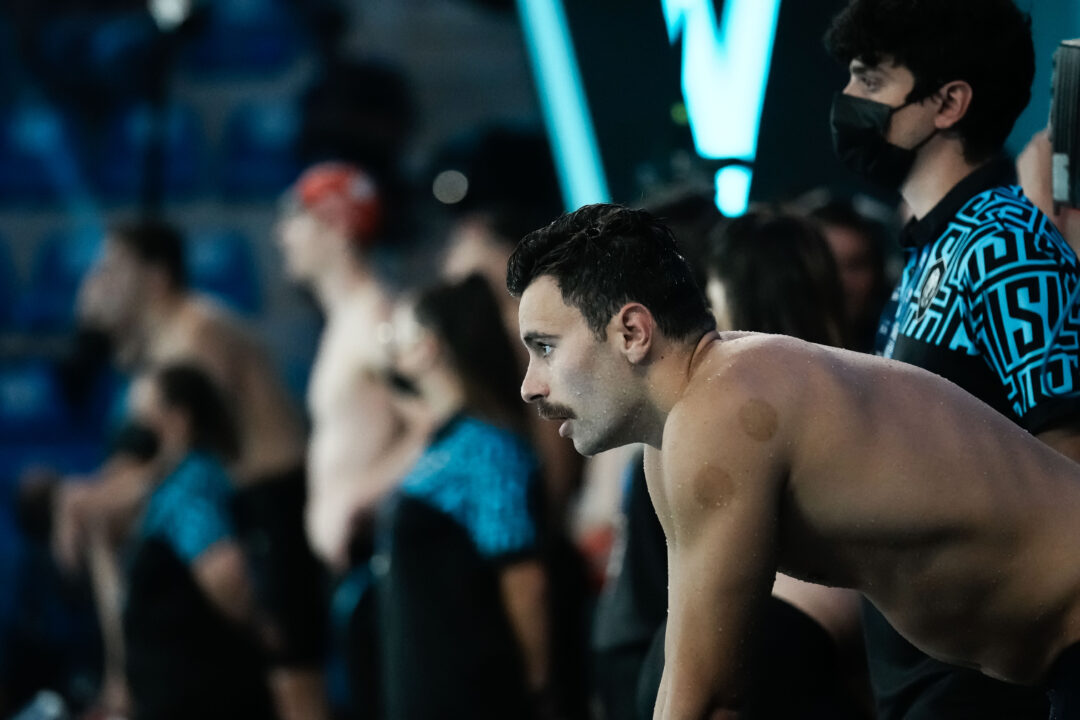 The Toronto Titans, which bring back largely the same roster for the ISL Playoffs, is now missing two big contributors with injuries. Archive photo via Mike Lewis/Ola Vista Photography

American swimmer Blake Pieroni has withdrawn from the ISL Playoffs with a knee injury, he posted on his Instagram story on Tuesday.

“Unfortunately as a result of getting back into lifting and going too hard too fast, I’ve injured my knee and have had to withdraw from the ISL semifinals,” Pieroni posted, along with a supportive message for his teammates.

With an anticipated tight battle between Toronto and the LA Current for the 4th-and-final spot in the ISL Final in December in Eindhoven, Pieroni’s absence could be enough to swing the pendulum. He averaged 19.25 points/regular season match this year, and scored over 20 in each of the team’s first three matches before a bit of a struggle in the team’s finale in Match #9, where he was last in the 50 free and only scored relay points.

The Titans were the first ISL team to reveal their Playoff roster to SwimSwam. Only the Italian side Aqua Centurions have not responded to a request for playoff records.

Toronto was the only team to have announced a full roster with the maximum 32 athletes. The team says they won’t fill Pieroni’s roster spot, and will head to the playoffs with the remaining 31 athletes from their existing playoff roster.

The team is also without Finlay Knox for the playoffs, replacing him with Sergey Fesikov. That’s their only other change from their regular season roster. While they performed well in the regular season, ranking 4th, the teams around them all have improved their rosters heading into the playoffs, whereas Toronto has now lost two big contributors.

Toronto will open their Playoffs in Playoff 2 against London Roar, Toronto Titans, LA Current, and Aqua Centurions. That match, while just one of six Playoff matches, will be crucial and could very well decide which two teams will join the strong favorites Cali Condors and Energy Standard in the Final in December.

I used to be a swimmer like you, but then I took an arrow to the knee

Nah you took a bullet

it’s been half a decade but still too soon

crying, throwing up, pulling my hair out, slamming myself against the wall, pooping a little, punching the floor

not related to the article but BBC have announced they will be showing free to air live coverage of all the playoff matches and the final.

Yayyyyy The UK will finally get to watch for free now