Adam Peaty on London’s Roster with a Big “But,” Cate Campbell Staying Home 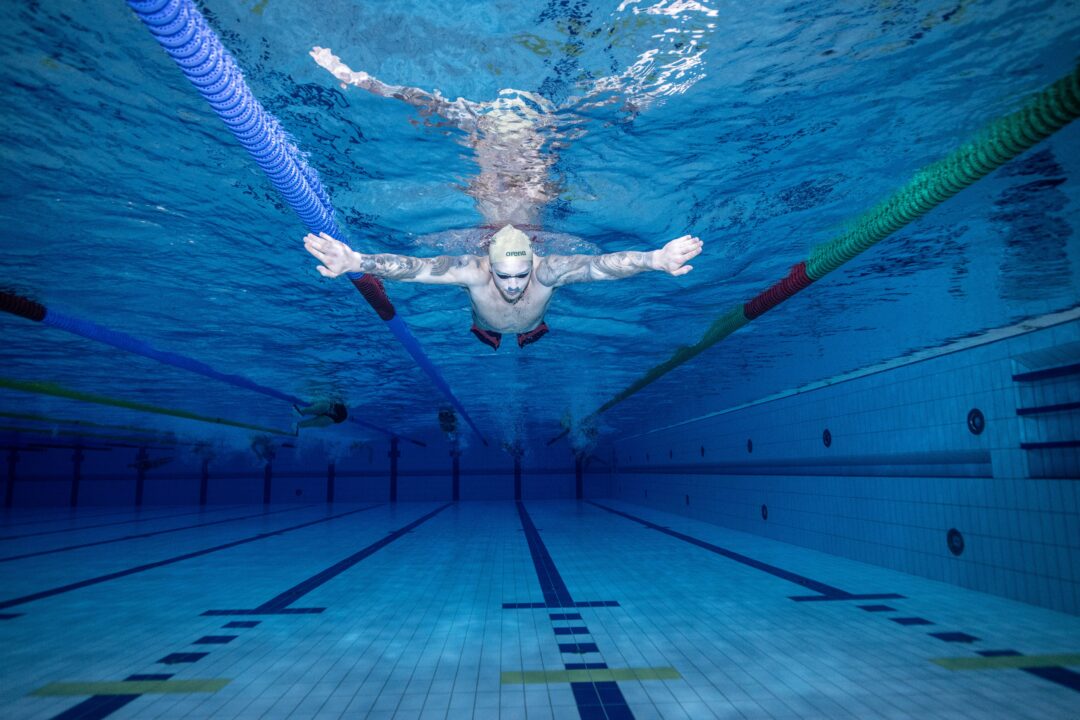 Adam Peaty didn't make an appearance for London Roar in the ISL regular season. He's eligible to do so in the playoffs, but is not committed yet. Archive photo via Mike Lewis/Ola Vista Photography

The London Roar, the team with the biggest advantage in the ISL’s new ‘athlete retention’ draft scheme, are taking a roster of 17 men and 14 women to the International Swimming League playoff round that starts next week in Eindhoven, Netherlands.

While Peaty is knocking on death’s door in the dance competition, having finished in the bottom two last week, we shouldn’t read too much into his presence on the London roster: they had an extra slot that doesn’t cost them anything to use. Team manager Sara McMahon said that “Adam is a strong option for us, but (whether he rejoins the team this season) will depend on a few factors including how far he goes with Strictly.”

But Peaty isn’t the ace-card in short course ISL competition that he is in, say, a long course meet or a long course medley relay. A limited event schedule and a number of very good short course breaststrokers meant that last year, he finished the regular season ranked 44th in league MVP scoring – a strong competitor, but that rank put him in line with swimmers like Anastasia Gorbenko and Justin Ress.

Overall, Peaty or not, the Roar stand to get much deeper headed into the playoffs, if the promised names arrive in Eindhoven.

On the men’s side, the roster includes Kirill Prigoda, who won the 200 breast and made a breaststroke skins semifinal in the Budapest championship match last season. The team is also scheduled to receive the services of Tom Dean, who averaged a modest 9.83 points/match during the 2020 regular season, but who improved throughout the playoffs and won the 400 free in the finale last year.

His stardom has also clearly evolved since last season after winning an Olympic gold medal in the 200 free in Tokyo over the summer.

With that 400 free carrying extra points now thanks to the checkpoint system (and with Dean having the skills to take advantage of that system), his presence in the playoffs will be crucial for London if they want to upset Cali Condors and Energy Standard.

London is, in fact, the only team to have upset the Cali Condors in the last two seasons. They did so in Match #6, when Caeleb Dressel departed midway through, though they also lost three times head-to-head with Energy Standard.

Those matchups will come late in the playoffs, where they face Cali Condors in Playoff 4 (along with a rebuilt LA Current team), and Energy Standard in Playoff 5 (again with LA Current trying to play spoiler).

London got stronger throughout the regular season, via the return of Kyle Chalmers and Emma McKeon for that Match #6 where they beat the Condors. They were still rather weak in the breaststroke races at the end of the season: while Sam Williamson and Ross Murdoch filled in for Peaty and Prigoda, they only scored 5 total points in the breaststroke events in the team’s regular-season finale.

The back-end of London’s roster still has some weak spots, but because of the ISL Jackpotting system, those spots don’t really matter as much as the performance of the top end. The team is only taking 14 women, which is the most they’re allowed to enter in any given meet, so that doesn’t leave them much flexibility or options in event of illness or injury.

Ultimately, though, with Chalmers swimming as well in short course as he ever has, McKeon looking on a World Record path, and with the possibility of getting some men’s breaststroke help back via Prigoda, the Roar should cruise into the finals, Peaty or not, and can worry about those lineup problems there.

Among the swimmers still absent is Australian Cate Campbell, who didn’t race in the regular season either. Her sister Bronte, who was due to race for the LA Current this season, has already said that she will miss the playoff as well. With a rumored moving-up of the final to early December, it seems unlikely that if she’s not going to make the trip from Australia to Europe in November, she won’t likely make it in December either.

The team kicks off their playoff run on November 13 and 14 against Toronto Titans, LA Current, and Aqua Centurions. Toronto and LA are the two teams that they’ll be contending with for those #3 and #4 spots in the playoffs, so that match alone will probably decide who advances and who heads home before the finale.

Peaty update , results show has been shown on TV and Peaty is out of Strictly Come Dancing

🥳🎉 Gonna be interesting to see what kind of shape he’s in for ISL.

When does someone get voted off?

They spoil the results not long after the show

Judging by his dancing…Thank good Peaty can swim.

Article says Lahtinen is off the roster but is listed in the roster at the bottom. Losing both Murez and Campbell is a bit of a blow for the 100 free stocks.

Murez ?? Hardly, not even a solid relay leg if you are wanting your W1X100 competitive.

C1 …… not the massive blow this would’ve been 2 years ago. On the evidence of Tokyo, the extra 12 months has seemingly seen her dip below her previous levels. Certainly a hit to LON’s relays and potential high placegetter but no longer the peak weapon …. which has passed on to McKeon.

Murez was consistently doing 51 splits last year so definitely a loss for the relays and McKeon must swim fly on medley relays so if Anderson is not in form their chances of picking skins are gone.

Well she hasn’t this year where she’s very rarely been more than lane-filler individually and most of the time the wrong side of 53 on relay splits. On 2021 showings, she really should only be on B relays.

Whilst not the mega blow in individual races it may’ve been 12-24 months ago; C1’s absence will probably now rule LON relays out of contending against the very top teams although Wattel DOES offer some credibility as a fly option allowing McKeon to anchor 4XMED.

Maybe Cate does not want to expend precious time & energy & have to fight for payment..

With a big butt we learned that 😉

Oh he always has that big b

he prepares something special in Eindhoven