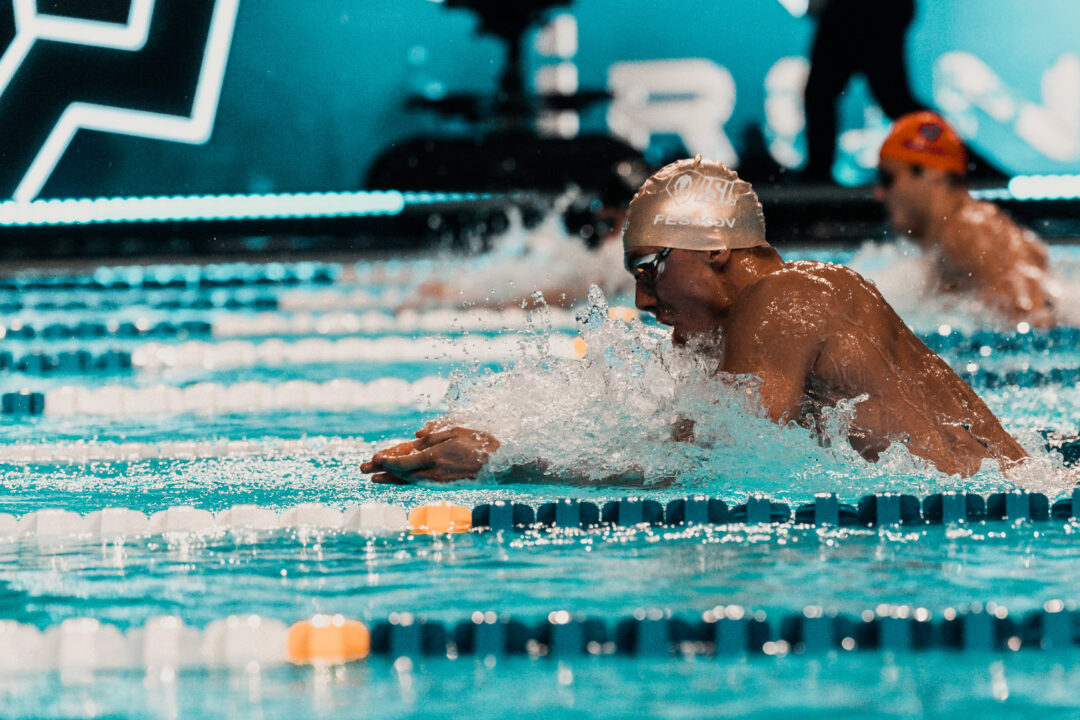 The Toronto Titans have finalized their 32-swimmer roster for the upcoming ISL Playoffs in Eindhoven, The Netherlands.

The team is only making one change from their regular season roster: Sergey Fesikov will take the spot of Finlay Knox. A spokesperson for the team says that Knox is rehabbing after a “minor planned surgery immediately following the regular season.” While his timeline for being ready to return to competition isn’t quite confirmed yet, the team is expecting that he’s done for the season, even if they advance to January’s final.

At the end of Match 10 of the ISL regular season (where all teams had the same number of matches, four), Knox ranked tied for 88th in league-wide MVP scoring with 71 points.

The 32-year old Fesikov, in his prime, would have been the type of swimmer that the ISL format was made for. He has 7 World Championship medals in short course and is a 9-time European Champion in short course. He also was the World Record holder in the 100 IM for a month in 2009.

He’s still got some speed and versatility left in him, though, and maybe more importantly, not much else left to train for besides the ISL. He swam well for the Titans last season, averaging just under 15 points-per-match in the regular season.

The Titans have been one of the most-improved teams in the second year of their existence, and the third year of the league’s existence. That’s owed in large part to rookie Summer McIntosh, and specifically the advantageous position of being able to draft her with the team’s final pick, though she could have gone much higher if she weren’t designated for the “home team.”

She was one of the league’s highest non-retained scorers, period, before leaving the regular season early to return home to start the 10th grade. At only 15, there’s always the chance that she won’t stay for the entirety of the Playoff either, but it will become monumentally more difficult for them to advance if she doesn’t. She was worth about 35 points-per-match to the team.

The team had another few big-time pickups as well. Marius Kusch, who is on his 3rd team in 3 seasons, is finally living up to his potential, and is scoring at a rate this regular season (44 points/match) at a rate far higher than last year (18 points/match). They’ve also received big contributions from Grigori Pekarski of Belarus, who is fairly anonymous internationally but is a very good short course swimmer.

With this roster, there are still swimmers that the Titans announced at the beginning of the season who still haven’t made an appearance for the team: Aimee Willmott, Anna Egorova, Chelsea Hodges, Sara Junevik, and Niles Wich-Glasen. Of those, the most significant is Hodges, who was the team’s second-round draft pick (16th overall, after retained athletes).

Toronto will open their Playoffs in Playoff 2 against London Roar, Toronto Titans, LA Current, and Aqua Centurions. That match, while just one of six Playoff matches, will be crucial and could very well decide which two teams will join the strong favorites Cali Condors and Energy Standard in the Final in December.

While the Titans finished fourth in the regular season, behind London and ahead of LA, the Current have a lot more potential to improve going into the Playoffs. Specifically, they didn’t have the services of American Ryan Murphy, 4th in last year’s MVP scoring, in the regular season.

Unless Fesikov shows real improvement from last season, that’s not good news for the titans…