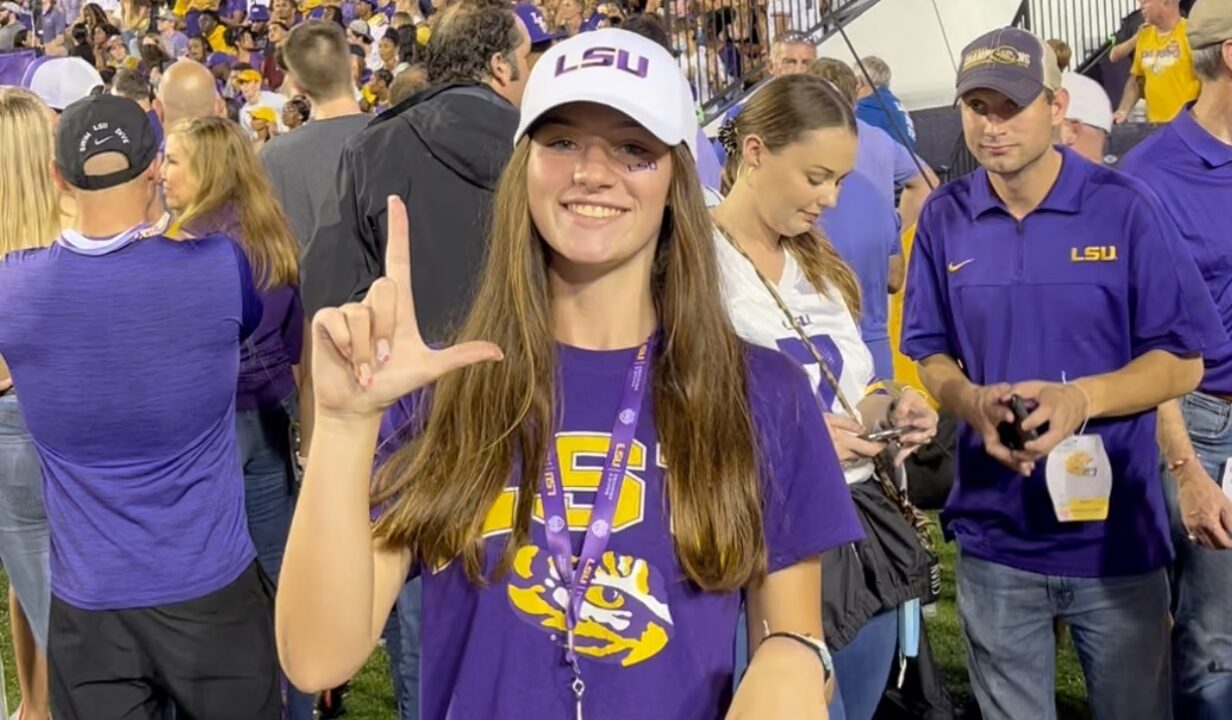 Backstroker Lily Hughes, a Futures qualifier from the YMCA of Greater Monmouth, has committed to join the LSU Tigers next fall. Current photo via Lily Hughes

Lily Hughes, a senior at Scotch Plains Fanwood High School in Scotch Plains, New Jersey, has committed to join the LSU Tigers next fall. Hughes is primarily a backstroker who does her club swimming with Greater Monmouth YMCA.

Hughes had a breakout meet at the NJ YMCA Swimming Festival in April, posting huge drops in both the 100 and 200 back. She led off GMNY’s winning 400 Medley Relay in 54.86, an almost full two second drop from her prior best of 56.77. Her 200 back was even more impressive, dropping over five seconds to touch second in 1:59.27. The YMCA swimming festival served as an unofficial YMCA national championship, after the original meet was cancelled. YMCA programs from around the country instead competed against local YMCA teams and then compiled the results virtually.

Backstroke was a weak spot last year for LSU as the Tigers had only one scorer between the 100 and 200 back at SEC’s. LSU’s backstroke situation has become even more dire this fall as their lone SEC backstroke scorer, NCAA qualifier Summer Stanfield, recently entered the NCAA transfer portal after former Associate Head Coach Steve Mellor abruptly resigned.