After Not Racing Regular Season, Katinka Remains on Iron Roster for ISL Playoff 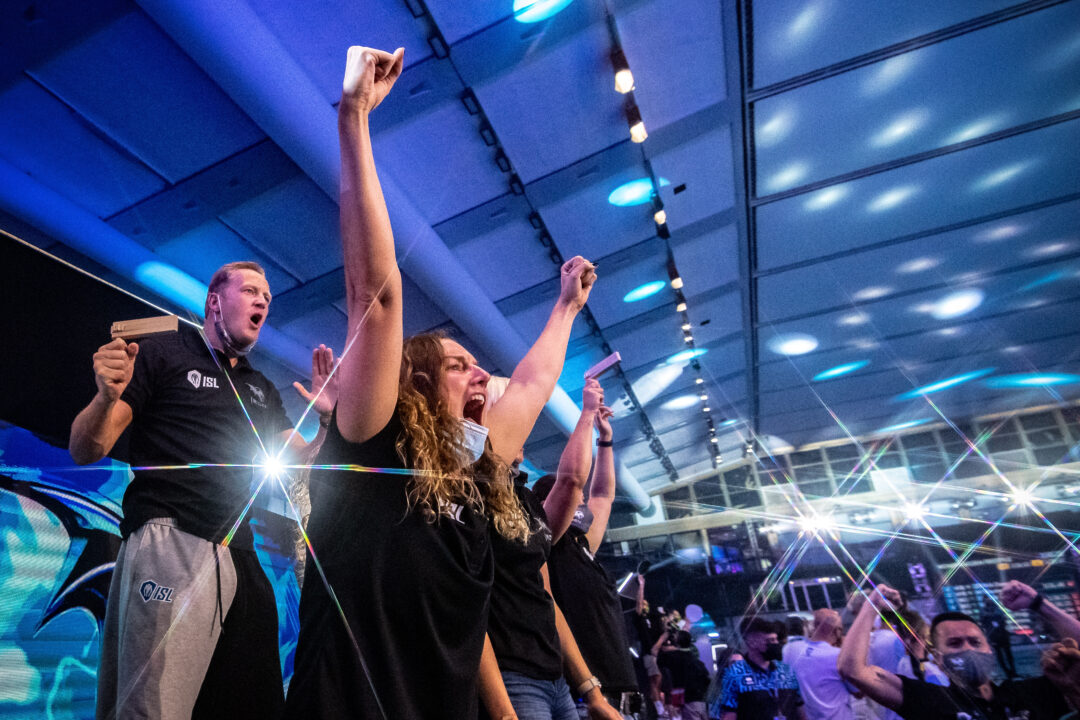 Katinka Hosszu was a presence in the team box throughout the ISL regular season, but didn't actually swim any races for the league's #8 team. Archive photo via Giorgio Scala / Deepbluemedia / Insidefoto

Iron, the last team to sneak into the 2021 International Swimming League playoffs, have confirmed a 31-swimmer roster for this month’s matchups in Eindhoven, Netherlands.

Iron general manager Dorina Szekeres says that some of the team’s athletes will miss portions of the playoffs, but like the other teams whose rosters we’ve reported on so far, she wasn’t ready to publicly share information about who or which meets.

The only two changes are that Andrej Barna is listed on the team’s roster in the Playoff after not competing in the regular season, while Emre Sakci is not listed on the team’s playoff roster. Sakci had a breakthrough 2020 ISL season, which includes setting the ISL record in the 50 breast, but only competed sparingly during the 2021 season. At two early-season meets, he scored 12.5 and 12 points, respectively, but then missed the end of the regular season – including that Death Match.

Even with his presence, it would be a longshot for Iron to advance, though with him and 50 fly rei Nicholas Santos, plus sprint freestyler Thom de Boer, the team sets up very well to defend their position in late-meet Skins races.

If Barna, a Serbian who trains at the University of Louisville in the United States, does appear for the team, it will be his ISL debut.

The team also still has Katinka Hosszu on their playoff roster. Hosszu was in attendance at most of the team’s regular season meets, but didn’t end up racing. Hosszu in her prime would have been a dominant ISL swimmer, maybe the dominant ISL swimmer, but she wasn’t that last season, and was short of her best again during the Tokyo Olympics. She hasn’t raced a meet since those Games, where her best finish was 5th place in the 400 IM.

Szekeres says that Hosszu would “rather not say” if she is going to compete in the playoffs.

Kristof Milak, who was signed by the team this season, is also absent from the team’s playoff roster after missing the whole regular season as well.

Iron is scheduled to begin their Playoff run in the first match, November 11-12, with the top two seeds Energy Standard and Cali Condors, as well as the #7 seed DC Trident. They are paired with the defending champion Cali Condors throughout the playoffs.