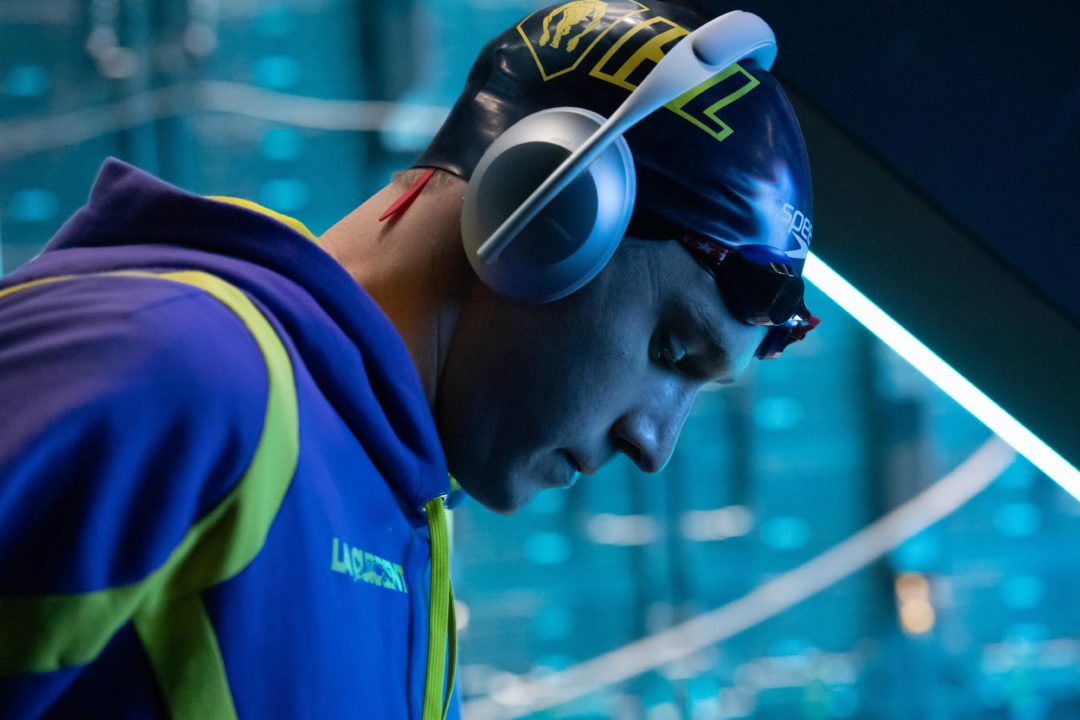 Ryan Murphy, one of the ISL's top scorers in the 2020 season, is scheduled to make his 2021 debut in the Playoff round starting next week in Eindhoven. Archive photo via Mike Lewis/Ola Vista Photography

The LA Current will receive arguably the biggest boost of any team in the ISL this season headed into the Playoff round. That’s a boost they badly needed as the team, for the first time in the three-year history in the league, is on the outside looking in for a berth in the season finale in December in Eindhoven.

Ryan Murphy and Kristian Gkolomeev will both rejoin the team for the ISL Playoff after missing the entire regular season.

The Current ranked 5th in the regular season, one spot behind the vastly-improved Toronto Titans. In the teams’ only head-to-head matchup, in Match #5, the Titans won with 536 points and LA was 2nd with 452.5 points.

In total, Toronto averaged 62 more points than LA per regular season match. With Murphy and Gkolomeev good for about 75 points/match, that battle for a spot in the finals should tighten up considerably behind the likely top three Energy Standard, Cali Condors, and London Roar.

The team will still be without Katie McLaughlin and Matt Wilson, who are both on the team’s season roster but not their playoff roster. If those two had joined the team, their chances would have improved substantially.

Will Licon and Lani Pallister are also eligible but absent from the roster, and Australian Bronte Campbell, as previously announced, will miss the ISL playoffs.

But the Current still have some other places to find points. Kathleen Baker, who swam in three regular season matches and averaged 8 points in each, and Held averaged just over 8 points in each. Both are capable of double digit points.

The Current’s top two scorers in the regular season were Tom Shields and Ingrid Wilm. Wilm, who broke the Canadian Record in the 100 backstroke, is one of the two breakout performers in ISL history, and was the team’s top female scorer. She’s also not on Canada’s Short Course World Championship roster, which means she gets to focus on ISL as her primary meet this winter if she chooses.

The LA Current open their 2021 ISL Playoffs on November 13 and 14 against London Roar, Toronto Titans, and Aqua Centurions. While not necessarily so, the teams that finish in the top two in that match will have a huge advantage in advancing to the final.

It’s going to be a long time before I care about Ryan Murphy again. He stayed away this long to allow memories to fade.

Did he kick your dog or something worse?

People in the Emma McKeon articles are still bringing up the fact that 5 years ago she forgot to tell management she was staying with friends, and obviously that makes her an awful person lol. Critics will cling to whatever they can.

Interesting that Murphy was such an ISL supporter and an anti FINA advocate when the whole ISL league was created. Why did he sit out the first session and threat to strike if swimmers didn’t get paid.

I’d imagine it’s because he (and many other athletes for that matter) support the concept of a league that provides opportunities for swimmers to make a living without dealing with the corrupt and unreliable FINA organization. But the whole “making a living” thing goes out the door if the athletes don’t get paid. I don’t blame him for advocating for the concept of the league while criticizing very foundational faults in its execution.

How dare he need a break after a grueling Olympics and want to get paid for work he performed!

Somewhat related Blake pieroni said he is not competing in the ISL playoffs for Toronto as he injured himself from lifting.