Björn Seeliger Shatters Swedish and Nordic Records in 50 BK With 24.79 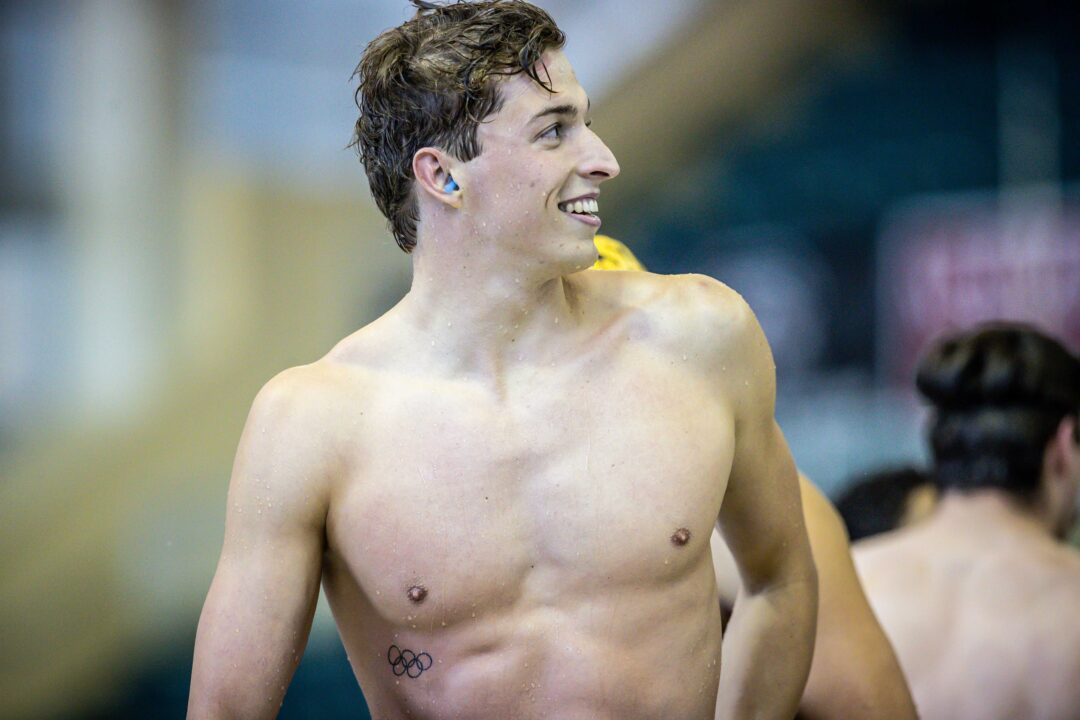 In prelims of the men’s 50 backstroke on Day 4 of the 2022 European Championships, Björn Seeliger took down both the Swedish and Nordic records. He blasted 24.79, taking down his own Swedish record of 25.10 that he’d set in July 2022. The swim is also a new Nordic record. That old mark was set by Norway’s Lavrans Solli at 24.84 at the 2015 World Championships.

In addition to setting two new records, the swim is a massive best time for Seeliger, who dips under 25 seconds for the first time. He’d been 25.10 just last month, but before then held a lifetime best of 25.45 from 2018 European Juniors. So far this season, he’s cut .66 seconds off his best time.

Seeliger had an incredible 2021-22 season at Cal, which culminated in him helping them win an NCAA team title. Over the second half of the season, he showed off his rapidly improving backstroke, surprising many who thought of him as purely a sprint freestyler. At the NCAA Championships, he lead off the 200-yard medley relay in 20.08, the fastest 50-yard backstroke split in history. He also swam 18.27 leading off the 200-yard free relay, becoming the second-fastest performer all-time, behind only Caeleb Dressel. Now, it seems he’s beginning to translate that yards success into the the big pool.

Seeliger qualified third for the semifinals, so he’ll have at least one more opportunity to lower his new records. Earlier in the meet, he finished 14th in the 100 free with a 48.96, undercutting his old personal best from last year’s European Championships by .02. He’s also slated to race the 50 freestyle.

48.4 on the relay lead off for this guy. He’s starting to put it together

from personal experience, as a foreigner when you become part of a strong ncaa team with a good culture it’s like you join a tribe, as compared to swimming internationally which feels largely individual for swimmers of smaller nations. the tribal aspect harnesses a level of focus and intensity in training which is difficult to maintain in the “off season” where you’re training more for yourself than for a team you care about.

one could say that swimming for your nation is like swimming for the biggest and most important tribe of all, but non-american nations tend to be less nationalistic so there is a disconnect when the tribe isn’t as tangible as it is when it consists of… Read more »