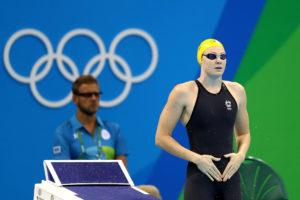 Cate Campbell has given the freestyle leg on Australia’s medley relay despite fading to 6th in the individual race, getting beaten by her sister Bronte. 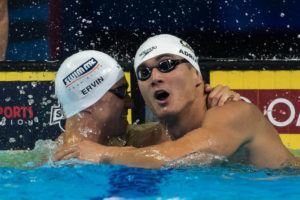 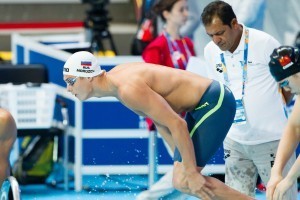 No Morozov, But Russia Still First In 4×100 Free Relay Heats

The seven swimmers banned from the Russian Olympic team could have a profound effect on the teams medal count. 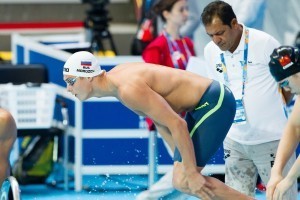 Vladimir Morozov had his first individual swim of the meet this morning in the men’s 100 freestyle.

After being taught to swim by his mother, Alexandr Sukhorukov quickly rose to become one of Russia’s best freestylers. Born in Ukhta, Russia, the 6 foot 6 inches sprint freestyler began his senior international career at age 20 at the Beijing Olympics.

Following on from his Olympic success, Sukhorukov qualified for both freestyle relays in Rome. Russia finished with silver in both the relays with Sukhorukov as anchor.

In Shanghai, Sukhorukov was a member of the Russian 4×200-meter freestyle relay that finished 11th in the heats.

Sukhorukov qualified again for the Russian 4×200 meter freestyle relay. The team wasn’t able to repeat their medal success of the previous games, finishing 10th in the heats.

After a disappointing 4×200-meter freestyle finish in London, Sukhorukov helped Russia back on the international podium with a silver in Barcelona. He was also awarded a bronze for his heat swim in the 4×100-meter freestyle relay.

Sukhorukov took home two silvers for his performance in the men’s freestyle relays. In his individual events, Sukhorukov showed his strength in the 100-meter freestyle finishing 4th in 48.52. In the double distance, he managed a 12th place finish in the semi-finals.

Ditching his usual 200 for the 100-meter freestyle, Sukhorukov touched in 48.28, enough for 6th place in Kazan and a career best time. He was also a part of each of the freestyle relays, with Russia’s top finish in the 4×100-meter with a silver, with Sukhorukov as the anchor. In both the 4×200 and the mixed 4×100-meter relays Russia finished 4th.